Lane Roberts: Forget what I said earlier, I will not serve on Joplin R-8 Board 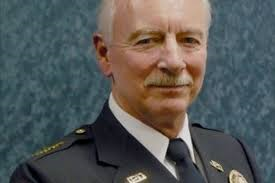 After a few hours of being back on the Joplin R-8 Board of Education, Lane Roberts has decided to go ahead with his original plan and resign his position.

An article posted moments ago on the Joplin Globe website included the following passage:


But after news broke Monday that Roberts planned to serve in both capacities, he said numerous people familiar with the state directorship position contacted him to tell him that trying to adequately fulfill both roles would be difficult, if not impossible.

"The fact is, I've spent time with people who know the nature of what I'm doing and the level of government I'm involved in, and they've convinced me this is a mistake" to serve on the school board, he told the Globe later Monday night. "I'm just going to have to accept the embarrassment (of the earlier announcement) and withdraw from what I've said. The truth is, I love this community, and I wanted to help; I just maybe overestimated my abilities."

So it is back to 3-3 again and Roberts' resignation will be acted upon by the R-8 Board during its 4 p.m. meeting Tuesday.
Posted by Randy at 8:35 PM

I'm shocked. In a good way.

He should be running a Waffle House.

this guy is a snake and wants to be in a position of power so bad he'll take any position. He'll probably run for governor someday and he will tell a story how he was the hero of the joplin tornado

Lane roberts was the most efficient police chief joplin has ever had. The police force was respectable and professional. I'm sure his leadership could have been as asset. Joplin's loss.