David Wallace: I'm unemployed and living off my wife's income 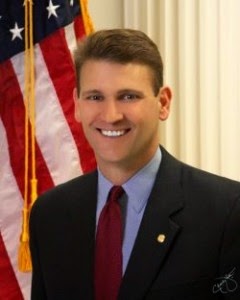 It's not easy being a master developer.

David Wallace, who formerly held that position in Joplin is broke, unemployed and living off his wife's meager salary (which hopefully, will include commission in the near future.).

That information was included in documents filed today in U. S. Bankruptcy Court for the Southern District of Texas.

The long list of people owed money by his firm, Wallace-Bajjali Development Partners, which was included in his first filing, are not listed as creditors in the latest filing. They are being sent filings in the bankruptcy action "for disclosure purposes" and that is understandable since Wallace appears to be saying that it is Wallace-Bajjali that owes the money and he has no ownership interest in Wallace-Bajjali.

Nor does he have ownership interest in page after page of companies listed on the filing, though he is still CEO of some of them.

Former Wallace-Bajjali employees, including Gary Box and Raymond Braswell, are not owed any money by Wallace, not is anyone else in southwest Missouri, with one notable exception.

Wallace takes ownership of $4.5 million in debt to New Prime, Springfield, the company that he borrowed $5 million from to get the Wallace-Bajjali operation in Joplin underway in 2012.

"Mr. Wallace personally guaranteed this debt," the document says. "The loan is secured by all assets of Wallace-Bajjali Development Partners."

Other people that Wallace-Bajjali left high and dry, including Gryphon Tenant, Linda Teeter Insurance, Stouffer Communications, Ness Design Group Architects, and of course, the City of Joplin, are listed as "vendors" for Wallace-Bajjali and not as anyone to whom David Wallace owes money.

Meanwhile, Wallace is doing his best to put his life back together, according to the documents.
He is jobless, but "Mr. Wallace is currently seeking full-time employment and during this time, he anticipates receiving income from consulting fees."

His wife had to go work on March 16, the document says. She is a senior living adviser at A Place for Mom and has "opportunity for commission in the future." Her income is listed as $5,000 a month.

Wallace also expects to make $5,000 a month as a consultant and that could be a big problem since he owes his ex-wife, Kathy Wingo $4,000 a month in alimony payments. Wallace lists $13,563 in monthly expenses and estimates a net income, including what his wife makes, of $6,860 a month, leaving him $6,703.30 in the hole each month.

Though he is supposed to have been paying the former Mrs. Wallace alimony for several months, he has only paid $9,250 to this point, the document indicates.

Fortunately, the former master developer's family is kicking in money to help make ends meet, "contributing funds to supplement the expenditures. As soon as (Wallace) becomes employed, these contributions will cease."

Fortunately, Wallace won't have to get rid of everything. He is claiming the new home he purchased, (with the $84,000 swimming pool he added), as exempt, as well as his $1,000 watch and many other lower ticket items.

Looks like he personally guaranteed New Prime loan. $4.5 million. What a jerk. He doesn't even mention the $84,000 pool he paid off. Snake and I hope Judge Bohm nails him to the wall.

Owes Porter Hedges $800,000 in legal fees. It was that law firm that held off investors from suing him back in 2012. Now he shoves a boot up their ass.

And this crook keeps donating to the church. He's a total laughable joke.

By the looks of things, he's living above his means. Time to down scale and sacrifice. Oh wait, he doesn't know how to do that. Master Scammer is appropriate.


That's what you call Karma baby!

Wonder what New Prime will do now that Wallace the master scammer included them in his bankruptcy lawsuit as a "personal guarantee". I think Wallace knew he would file bankruptcy which is why he conned so many to "wait don't sue me yet, or I will file bankruptcy". Everyone got tired of his lies and more lies, meanwhile he was conning others to give him money. Had he been put out of business back in 2012 when the investors filed the first lawsuit, he would have spared others. Now this poor guy in Sugar Land is out $1.6 million. A guy in Austin is also got robbed. And others listed. He never stopped clawing his way into other's wallets. This is reason HE MUST BE STOPPED ONCE AND FOR ALL. HE NEEDS TO BE BEHIND BARS. HE'S A DANGEROUS MAN. That all "American Look" with a silver toungue is what causes all this destruction.

Someone please contact "American Greed" CNBC!!!! This is one of many stories to be laid down and would bring light to this guy for ripping off the good people of Joplin. Taking advantage of folks after a tragedy-swooping in to line his pockets-this is a real psychopath. As for his co-hort Bajjali, not much is known, and he wants to sue him. Braswell, a vain glorious known scumbag, continues to deceive his victims with lies and tales of experience. Just ask the Van Tyls about the TIF projects. Once again pure greed and deception. I'm glad we can comment on this, but honestly, more needs to be done to stop these bastards from the grief they will bring to others that cross their path in the future. They really do need to be stopped.

Clearly your not Christian and do not attend a church.

Yes. clearly this idot and that wife are not Christians.

Are you all aware of the expensive trip he and his wife went on to Machu Picchu immediately following the downfall of Wallace/Bajalli? The expensive pool went in after the break up of his "business". It was blasted all over social media. He was part of the ownership group for the ice rink in Sugarland too and used his shares as collateral with some people who loaned him money. He is a Ponzi scheme guru and screws so many people over. How is he not in jail? He knew in advance that all this was going down and he needed to file for bankruptcy, pulling out cash and hiding things in his wife's and his wife's family names.