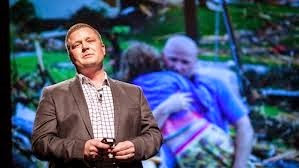 C. J. Huff's vicious attack on Debbie Fort at Tuesday's Joplin R-8 Board of Education was the first time he has attacked her in such a public forum, but it was not the first time Huff has attempted to smear Fort through the use of carefully selected test scores:

Well folks, look at MAPS scores on the DESE web site for all Joplin schools, alone. Then do the math to figure the changes in such scores, up or down, in Irving Elementary School alone for the last three years. What you will find, in public information is that the proficiency level of performance of 3rd, 4th and 5th grades students in Irving Elementary School have DECLINED by 12.8% in MAPS reading scores, 28.0% in Science MAPS scores and 23.6% in Math MAPS scores in that one school alone, a school under the leadership of, yep, Debbie Fort.

Not only has Debbie Fort failed to improve student achievement as measured by the State of Missouri over the last 3 years of her term as a principal. Nope, her students in 3rd, 4th and 5th grade have DECLINED (by double digit percentages) in terms of student achievement of just proficiency in the areas mentioned over that three year period. Is that the kind of leadership anyone wants on our BOE in Joplin for the next four years?

Improving academic achievement (not to mention behavioral changes for the better on the part of students) is one of three legs of Debbie’s platform. Yet she as a leader in one school achieved a DECLINE of double digit percentages in such achievement. She led her school in the wrong direction.
The three paragraphs above come from an April 2, 2014, post on the personal blog of frequent Joplin Globe guest columnist Anson Burlingame.

It was an unusual column for Burlingame since it is the only time I can recall that he has done any digging into public records to find information for one of his posts.

It has taken me a while to get such numbers. I have been told some wrong numbers as well, but chose not to publish them until I ran the matter to ground. But I am now comfortable that the percentage DECLINE in student achievement during Debbie’s watch at Irving Elementary over the last 3 full years of academic measurement, to publish such information herein and let the fray continue BEFORE the election.

The post would not be worth revisiting, except it shows a pattern of C. J. Huff attempting (and failing) to influence elections by leaking carefully selected information about female candidates that he fears.

Of course, Huff took it to a new level Tuesday night, referring to Fort as "the worst principal in the district and making other comments about her performance that Jennifer Martucci, the candidate Huff savaged this year, correctly labeled "inappropriate."

The blowup was not only inappropriate, but appears to be the final straw as it has helped launch a movement to have C. J. Huff fired.

It should also be mentioned that not only have the test scores for the Joplin R-8 School District fallen for each of the seven years he has been here, but that his streak runs into double digits, since his scores fell all four years he was at his previous job as superintendent of the Eldon School District.
Posted by Randy at 4:16 PM

Ok Randy, I'm 100% on your side concerning this issue. Well, for the time being, maybe 99%. Tell me how you know it was Huff for sure that leaked that information to Anson. I'm well aware that Anson is pretty much CJ's lap dog but could it have been someone else doing the leaking? Or maybe for once in his life, Anson actually did some research?

Two issues have surfaced in recent days that are the epitome of poetic justice:
1. Turner was fired for writing a story that made his boss(es) look bad at a time when they were rolling in hero glory. (Those charges they trumped up were just that--trumped up--they really were not the reason Huff and Bess went after Turner.) Now CJ is in trouble for writing about, and spouting off at, two of his bosses. Funny how things work out, isn't it?
2. CJ Huff and his guy pal Mikey are quite put out about Board members texting during the meeting, but many of us who were at Turner's hearing can remember Huff and the Board texting WHILE PEOPLE WERE TESTIFYING. Hypocrites. That would truly indicate that they had made up their minds beforehand and therefore took no interest in the proceeding. Pathetic that they are now whining about a mother talking to her children on a school night when a meeting had dragged on for hours.

If they are so bored by the meetings and business of the board then they should go home.

Go back and watch any number of board meeting videos from this last year. You will see exactly how often Dr. Fort was disrespected.as she was speaking. Huff and Landis were continually texting, whispering to each other and giggling to each other. Had anyone called them out on their indiscretions they would have been given the boot instantly!
What he did was gross insubordination and grounds for termination!!

I would be the first to throw him an anchor if he were drowning; but you have to admire the pure unadulterated self preserving pluck of the little bastard as he desperately clings to the last vestiges of the sweetest gig into which he'll have ever wormed his way.

Interestingly enough, I wonder why CJ go to local school districts and see what they are doing. Other districts are doing amazing things without the expensive gimmicks such as this test or another test. It might save money and develop a unity among Southwest Missouri schools. They could be leaders in the state, and dare say, the nation.

Or sit around putting each other down for test scores that the administrators have no control over.

If you want to see the video as the events unfolded, Watch this: https://youtu.be/SmZwPmzTS6g?t=3h54m