Stacey Newman: They invoke "Christian" values, but hurt the most vulnerable 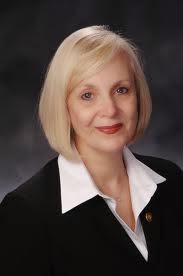 
The attacks on the poor/disabled/disadvantaged/challenged continue.  Who does it hurt the most?
The children.  Missouri's children.
The hardest part for me is those who invoke their "Christian" values during debate while advocating for hurting the most vulnerable.  Every day we begin session with a invocation (published in the House Journal), sometimes offered by House members. Prayers are offered from the dais reminding us to "be kind to one another" and to "do good".
I am bothered that the majority of legislators believe that hurting Missouri's children is "doing good".  I hope that bothers you also.
$26 BILLION BUDGET RUSHED & SENT TO GOVERNOR THURSDAY
The GOP General Assembly rushed through budget bills that were negotiated in secret by GOP leaders, given preliminary approval in the dead of night this past Wednesday. The bills were forced through Thursday without giving us any time to review before being forced to vote.  Most of us did not know what were in House Bills 1-13 and many of us were denied recognition during debate to even ask!
The May 8 constitutional deadline for the fiscal year 2015 state budget is still two weeks out.  However, the GOP leadership was intent on rushing the process to make the Governor act without the traditional six weeks to review before the start of the fiscal year on July 1.
By sending the governor 13 budget bills during session, they are forcing any action by Gov. Nixon within 15 days.  As House Minority Leader Jake Hummel said yesterday, "Republican's have abandoned fiscal responsibility in favor of political theatre."
SO WHAT IS IN THOSE BUDGET BILLS?
EDUCATION:  The final budget increased public education from $74 million to $84 million.  The House asked for an $12 million increase to higher education vs the Senate increase of $27.6 million.  The $12 million line held.
HEALTH, MENTAL HEALTH & SOCIAL SERVICES:  The hugely controversial budget cuts and lump sum appropriations to the Depts. of Health, Mental Health & Social Services were restored during Wednesday night's secret proceedings.  $100 million of the original $140 million cuts were put back in and the remaining $40 milion in cuts were to various segments of Medicaid.
HEALTHCARE:  House Bill 11 contains language (11.507) attempting to impose detailed managed care requirements on Missouri's Medicaid program, MO HealthNet. This appears to violate MO Supreme Court precedent, prohibiting legislation in appropriations bills.
I was particularly incensed by the $2.4 million given to Alternatives for Abortion fake pregnancy centers (mostly faith based centers which have NO state regulations or oversight) along with $75,000 allocated for their false advertising.  I protest against this every year.
I also found quite bizarre in the final budget bills that we increased the staff for the Lt. Governor who has told us repeatedly he does not replace staffers who have resigned in an attempt to save the state money.  I was NOT recognized by Speaker Diehl to question the propriety of this action.
Along with many colleagues on my side of the aisle, I voted NO on the majority of the Budget Bills.  The secrecy, the lack of proper review, not knowing what we were voting on (we had access to the bills only as we began voting) were our prime objections.
WHAT ELSE HAPPENED...
* Tuesday April 21 we sent HB150 - slashing maximum unemployment benefits by more than a third - to the governor on a vote of 88-68 with 26 GOP joining unanimous Democrats in opposition.  Because...when you're unemployed by no fault of your own, you have tons of resources to feed your family and stay afloat?  Already Missouri's current maximum of 20 weeks on unemployment ranks as 5th lowest in the nation.
* Wednesday April 22, my joint House/Senate conference committee on SB104 met for 10 minutes to work out the differences.  I was presented the bill report agreement signed by all of the GOP members as I walked in - indicating there would be no actual committee discussion.  SB104 which includes many election statute fixes, would alsoessentially eliminate judicial challenges on ballot initiatives and referendums. Due process would be at stake.  I refused to sign the agreement as did the Democratic senators.  The bill now goes to both the House and Senate for one final vote.
Posted by Randy at 7:33 PM