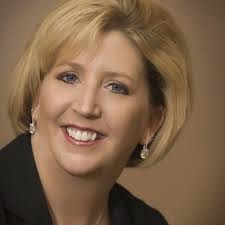 The trial of a lawsuit that accuses Superintendent C. J. Huff of conspiracy and lying to the Joplin R-8 Board of Education will be pushed back three and half months.

The new trial date for former Royal Heights Principal Larry Masters' wrongful discharge lawsuit against Huff and former assistant superintendents Angie Besendorfer and Steve Doerr is November 30, It was originally scheduled for August 13. Masters alleges the administrators conspired to ruin his character and cost him his job.
Masters charges Huff, Besendorfer, and  Doerr with "making false representations about plaintiff and plaintiff's character to the Joplin Schools Board of Education."
These allegations, the lawsuit says, caused the board to rescind the contract it had already offered for Masters to be Royal Heights principal for the 2010-2011 school year.The four-count petition, includes individual counts of tortious interference against Besendorfer, Doerr, and Huff and a civil conspiracy count against all three.The civil conspiracy count reads as follows:"Defendants knew that the Board of Education had voted to offer Plaintiff continued employment as a principal."Defendants intended for the Joplin Schools Board of Education to rescind its offer of continued employment as a principal to the plaintiff."Defendants had a meeting of the minds on the aforesaid object."Defendants knowingly made false and injurious statements to the Board of Education about Plaintiff's conduct and character.:"As a result of the defendants' actions and statements, the Board of Education rescinded its offer to Plaintiff."As a result of defendants' actions, Plaintiff has suffered damages, including lost wages, mental and emotional distress."Defendants' actions were willful, wanton, and made with the knowledge that they would cause damage to the plaintiff."Masters is asking for "damages, including lost wages, mental and emotional damage, punitive damages, the costs of this action, and to grant such other and further relief as the court deems just and proper."The lawsuit was filed as a replacement for an earlier action in which only Besendorfer was named as a defendant. That action was dismissed by Judge David Dally at the request of Masters' attorney, Raymond Lampert of Springfield.The first lawsuit was hampered by interference from the Huff Administration, which had Board of Education Attorney John Nicholas intervene, requesting that he be permitted to be at all depositions and that no witnesses be allowed to talk about anything that happened during a closed board session.
Posted by Randy at 4:54 PM

This will have to wait until after CJ finds his new job. He has enough challenges finding one as it is...

Maybe Angie can give him a job.