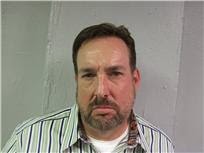 Michael J. Hagan, a former vice president with Southwest Missouri Bank in Joplin, pleaded guilty in Monroe County Circuit Court to two felony counts of unlawful use of a weapon.

The case was heard in Monroe County on a change of venue from Marion County.

Sentencing will be held June 9.

Hagan, now a Hannibal resident, at one time served on the Joplin Redevelopment Board, the Joplin Salvation Army Board, and the Joplin TIF Board. Hagan was formerly an executive vice president with the People's Bank of Seneca.

According to the Hannibal Courier-Post:

Hagan admitted that he exhibited a loaded gun in an angry and/or threatening manner by waiving it around in a room of people and by pointing it directly at a person.

The charges stem from a reported disturbance at 12:10 a.m. Sunday, April 27, 2014, on the 300 block of N. Main St. Hannibal police officers investigated a report of a man waving a gun around and pointing it at people. Police contacted witnesses at the scene, and arrested Hagan that evening, according to the police report.
Posted by Randy at 5:19 PM