Board member apologizes to Martucci: Huff attack was unethical, unprofessional 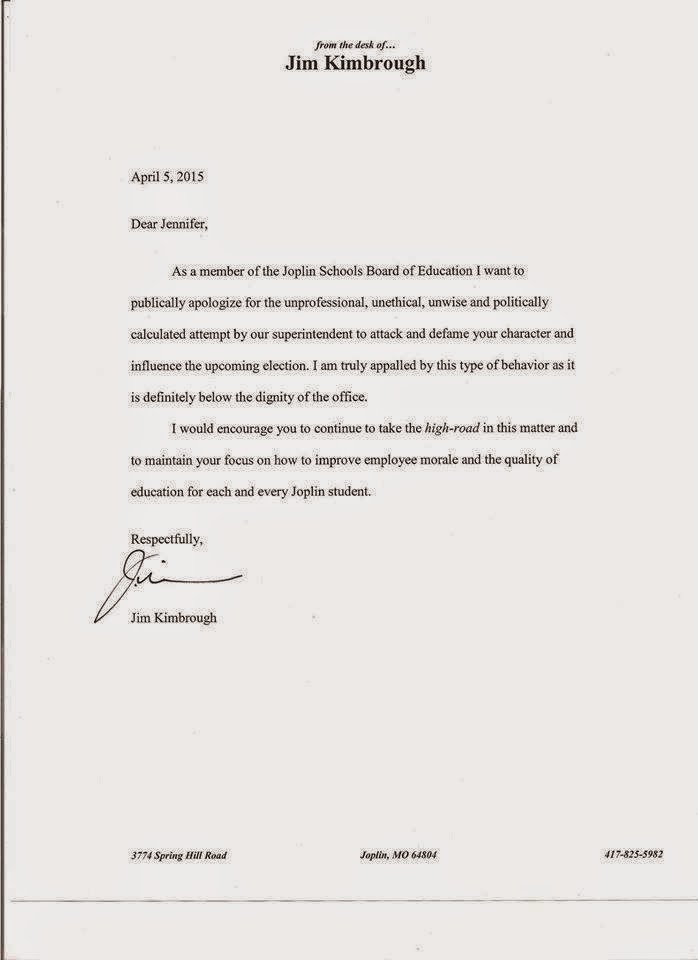 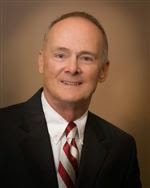 At least one Joplin R-8 Board of Education member is disgusted with the personal attacks Superintendent C. J. Huff launched against board candidate Jennifer Martucci over the weekend.

In the attacks, Huff, using a two-year-old e-mail Martucci had sent him, tried to characterize her as being a snob who would not care about all of the kids in the district.

Jim Kimbrough, who will leave the board next month after nine years, sent an apology letter to Martucci today.

The letter reads as follows:

As a member of the Joplin Schools Board of Education, I want to publicly apologize for the unprofessional, unethical, unwise and politically calculated attempt by our superintendent to attack and defame your character and influence the upcoming election. I am truly appalled by this type of behavior as it is definitely below the dignity of the office.

I would encourage you to continue to take the high road in this matter and to maintain your focus on how to improve employee morale and the quality of education for each and every Joplin student.

Now there is a man with integrity. Too bad the Superintendent of Joplin Schools does not have any.

Wow. I'm impressed! Now if a few others on the board would stand up for what is right and get rid of Huff.......

Good for him. I only wish he would have stood up to Huff a little more during his tenure on the BoE.

Wow. That's pretty newsworthy. Should be on the local newscasts tonight and in the Joplin Globe tomorrow, right?

You would think so, wouldn't you?

The whole Board should have had an emergency meeting this morning and put CJ on probation. His computer and phone, both owned by the district, need to be searched to see if he did his campaigning using district resources. He needs to be censured for unethical and unprofessional behavior (pretty much a daily event with this clown), but this isn't the Board for that kind of thing. This Board's president seems to have ignored the whole ordeal, since she, Good, and Campbell are all running in order to keep CJ in place.

Thank you, Mr. Kimbrough, for doing what President Sharp failed to do.

Proud of you Jim. Tough to do as a sitting board member.

Been a long time coming, where you been brother?

I haven't commented for months if not longer but I cannot sit quietly any longer. WHY IS HUFF STILL EMPLOYED? What a waste of resources and what a shame he has brought such disgrace to Joplin Schools. Koch, Martucci, and Roberts have my votes. I understand Roberts may not fulfill the appointment but surely if we get some "non-Huff fluff" elected to this school board they can have the sense to vote in some sensibility...

Time for huff to move on. No integrity should mean no job let alone a job that is supposed to be a role model for students.

Please tell me that Huff's sorry ass will be fired on Wednesday morning. I don't think any of us can take much more of this lying, manipulative sack of crap.