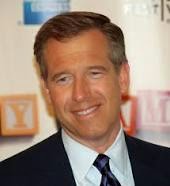 Don't hold your breath waiting for Brian Williams to return as anchor of NBC Nightly News.

Williams, who began his career in the Joplin market at KOAM, lied half a dozen times, according to an NBC internal report. Williams has been suspended since he was caught making up details about coming under fire while he was in Iraq.

The following passage, from the New York Post article, details a newly revealed exaggeration by Williams:

Williams – serving a six-month suspension from the anchor desk at “NBC Nightly News” – gave conflicting accounts in February 2011 of his actions in Tahrir Square, where pro- and anti-government forces engaged in violent clashes, the paper reported.

Appearing on Jon Stewart’s “The Daily Show,” Williams said he “actually made eye contact with the man on the lead horse,” referring to camel- and horse-riding pro-government troops.

Stewart asked about reports that the pro-government forces were using whips, and Williams said about the leader he claimed to have encountered: “Yeah, he went around the corner after I saw him, they pulled out whips and started beating human beings on the way.”

But the network’s reports on the clashes said Williams was working from a balcony overlooking Tahrir Square — not on the ground from the chaotic square itself.
Posted by Randy at 6:17 PM