Missouri GOP: Nixon should have appointed a Republican auditor 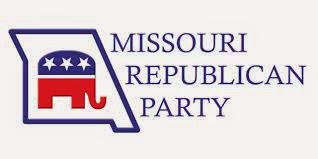 “Last November, Missourians overwhelmingly elected a Republican State Auditor to serve as a counterweight to Gov. Jay Nixon. It is disappointing that Nixon has put politics ahead of the wishes of the voters by handpicking a member of his own party to fill the vacancy in the office. The State Auditor should serve as an advocate for the people of Missouri by casting a critical eye towards the governor’s administration, but Nicole Galloway is entirely beholden to Jay Nixon.”
Posted by Randy at 6:19 AM