Ed Martin: It's men like Michael Flynn who make America so special 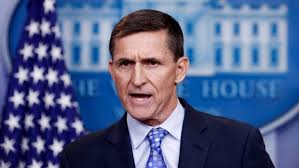 St. Louis, MO- There are few men in American history like Major General John K. (Jack) Singlaub, U.S. Army (ret). With over forty years of military service, Singlaub played a part in every major American conflict from World War II to the Chinese Communist Revolution in Manchuria to the Korean War. He was a Jedburgh, helped found the OSS, and later helped Ronald Reagan defeat Communists in Latin America. To this day, he continues his mission to defend America by serving as the president of America’s Future, a pro-America nonprofit organization. General Singlaub is also on the advisory board of the Eagle Forum Education & Legal Defense Fund.


"General Singlaub is a giant among men. We are proud to annually award the Gen. Jack Singlaub Award for Service to America," said Ed Martin, president of Phyllis Schlafly Eagles. "Gen. Singlaub supervises our granting of this award and he recommended Lieutenant General Michael Flynn, U.S. Army (ret.). I am pleased to honor General Flynn for his service by giving him an award bearing the name of another great American patriot. These are the men who make America so special."

General Flynn and his wife will attend dinner on Friday, September 14th at Phyllis Schlafly’s Gateway Eagle Council XLVII to accept the award.

Not everybody with stars on their shoulders were good guys. These are two of them.

Former Trump national security adviser Michael T. Flynn has pleaded guilty to a charge of lying to the FBI. Is that the Michael Flynn you are referring to that makes America so special?