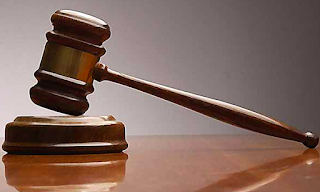 The Missouri Southern District Court of Appeals Wednesday upheld the removal of a Newton County infant from its home after the child's umbilical cord tested positive for methampethamine.

The decision came eight days after the court gave its stamp of approval to a Newton County Circuit Court decision removing the couple's four older children.

In a unanimous ruling, the three-judge panel rejected the parents' claim that the court had no jurisdiction to remove the infant because of its Cherokee heritage.

While those cases were pending, B.B.S. (“Child”), a fifth child, was born to the couple. Mother
refused medical screening and treatment for herself and Child. Mother gave inconsistent answers to where she lived and left against the advice of medical staff.


Due to concerns about Child’s safety, the umbilical cord was tested for illicit substances; the cord tested positive for amphetamines and methamphetamine.

The parents refused to disclose their address to their appointed counsel and at the adjudication hearing. Child was not on the rolls of any Indian tribe and was not accepted on the Cherokee rolls until a month after the adjudication.

Appellants bring seven points on appeal. All of the points and the arguments fail to comply with Rule 84.04; however, because of the importance in maintaining a parent-child relationship and because we, and the State, are able to discern the basic complaint, we briefly address the issues raised.

Appellants complain in all seven points that the trial court erred in several ways in conducting the adjudication hearing because proper notice had not been provided to the Tribal Court in accordance with the Indian Child Welfare Act (“ICWA”).

Appellants claim several errors in failing to follow procedures of 25 CFR Sections 23.11-.131. The problem with this assertion is that there was no evidence before the trial court that an Indian Child was involved.

Appellants assert that the court was aware of the fact that there was an Indian Child because of the four siblings; however, none of those children had been accepted on the Cherokee rolls at the time of Child’s adjudication hearing.

Appellants have brought no claims that state procedures were not followed. Thus, all points are denied. The order of adjudication is affirmed

Day after day, month after month, year after year since 2003 the Turner Report has delivered news and commentary not available from any other area news source. Contributions or subscriptions to The Turner Report/Inside Joplin/Inside Joplin Obituaries can be made at the PayPal buttons below or by mail to Randy Turner, 2306 E. 8th, Apt G, Joplin MO.

Addiction is a sad thing and it's hard to break but you have to want to be free.
If losing your kids the first time doesn't make you quit, I don't know what would.
Hundreds of thousands of mothers have lost their children because of drugs, but they are still using.
Such a tragedy for these children.
I hope they are placed in loving homes.

If all this bears fruit, proves positive beyond reasonable doubt, then both parents should be sterilized to prevent further damaged children. Drastic yes, but in our society we need to provide better oversight on preventing problems rather than trying to correct a horrible injustice to these children. Adults need to act like adults especially with children involved and if the proven allegations are correct these are not responsible adults and do not deserve any choice. One only has to wonder what damage the other children have suffered and what price they will pay or society will end up paying. Prevention, education, oversight at health care facilities and law enforcement by courts.

And just how does forced sterilization square with the current Christian Pro Life stance?