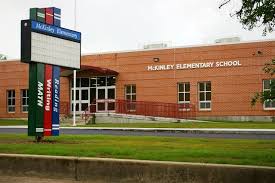 During a special closed session at Joplin High School Monday, the Joplin R-8 Board of Education officially accepted the resignation of McKinley Elementary Principal Brian Olivera and hired former North Middle School Principal Barbara Cox to replace him on an interim basis.

The resignation of Olivera, who was principal at McKinley for two years after a stint as assistant principal at Irving Elementary, came suddenly. Superintendent Melinda Moss announced the departure in a July 30 letter to McKinley families.

Cox was also hired as interim principal at East Middle School in January 2016 following the removal of Bud Sexson.

The R-8 School District is advertising for a permanent replacement.

School is starting this week in area districts. Celebrate the beginning of the school year with my follow-up to Let Teachers Teach- Classroom Confidential, available in both e-book and paperback formats from Amazon.com at the links below and locally at Always Buying Books and Changing Hands Book Shoppe in Joplin and Pat's Books in Carthage.