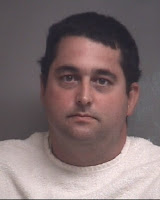 A Joplin man used his connection with a youth program at the New Beginnings Church in Miami, Oklahoma, to lure an 11-year-old boy into a Jacuzzi and then sexually assaulted him in a room at the LaQuinta Hotel, 3320 S. Range Line September 16, according to a probable cause statement filed in Newton County Circuit Court.

Matthew Galati, 29, already facing six counts of statutory sodomy in Jasper County, used his connection with the youth program at the New Beginnings Church in Miami, Oklahoma, to gain proximity and then sexually assault underage boys, the probable cause statements in both the Newton and Jasper County cases indicated.

The probable cause statement said Galati and the boy were naked in the bed when Galati performed a sexual act on the boy with his hand. Hotel staff confirmed Galati checked into the hotel on September 16 and checked out September 17.

The Jasper County probable cause statement said that on two occasions, a boy stayed overnight at Galati's home with Galait touching the boy sexually on both occasions.

During that same time period, according to the statement, the boy and two other underage boys were sexually touched by Galati at his home, with the four of them naked in Galati's bed. At least two of the boys were in Galati's church group.