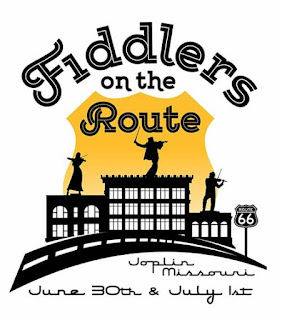 The Joplin Convention and Visitors Bureau Board is recommending that $10,000 in grants be awarded to two local not-for-profit entities even though the proposals submitted by the two failed to reach the minimum points required to be eligible for funding according to the board's own rules.

Documentation included in the council packets for the Monday, August 20, 6 p.m. Joplin City Council meeting detail the procedures used by the CVB Board to determine which organizations to recommend for funding.

Not-for-profit and for-profit groups and agencies gave presentations and submitted paperwork requesting funding for their events. The judging was done on a 100-point basis, with the rule that at least 60 points must be earned in order to qualify for the funding, which comes from the city's hotel-motel sales tax.

The board awarded $5,000 each to Connect2Culture and Wildcat Glades, which recorded scores of 59.1 percent and 56.5 percent, respectively.


Additionally, the board recommends funding for three applications which scored in the mid-to-upper 50s. The recommended funding for two of these are not specifically for the event the application was written for but for the greater work the organization does in support of tourism. For these two, the reimbursable funds are earmarked for marketing at the organizations discretion over the course of the grant year.


Connect2Culture asked for $15,000 for its Fiddlers on the Route promotion, while Wildcat Glades requested $12,800 for the Shoal Creek Water Festival.

The board also recommended $4,000 from a requested total of $15,000 to TwelveOne Race Management for the Mother Road Marathon,  saying that it "recognizes that some level of marketing support is important."

Another organization that asked for funding- Central Christian Church for the Joyful Hearts Conference, which asked for $7,200- received no funding.

The 13 projects that were recommended for funding:

The documentation indicates the purpose of the grant program "is to assist qualified organizations with the promotion of tourism activities striving to directly increase hotel/motel occupancy and create positive image building for Joplin.

Qualifying applicants had to meet the following criteria:

• Not-For-Profit and For-Profit organizations may apply;

• Events must be held within 20 miles of Joplin city limits;

• Events must be open to the general public.

Reviews for Silver Lining in a Funnel Cloud

Sadly, it's a true and well documented account of what happens in a small town in the aftermath of a devastating tornado when money, egos, and the hunger for power collide.

When the "master developers" Wallace Baijali promised a fancy new movie theater as part of their redevelopment deal, knowing Joplin, it was evident their plan was unrealistic. It is a cautionary tale of what can go wrong after a disaster. Allowing great power in the hands of the few is not always the best way to recovery. After the tornado authorities warned residents to do due diligence when hiring contractors. Too bad the city failed to do that when employing the master developer.

If you want to know what really happened after the horrifying day in May 2011 when an EF5 tornado devastated the city of Joplin, Mr. Turner's book provides an excellent portrayal illuminating questionable actions by city and school leaders and also the contorted events over the years that followed.

Fascinating look at Municipal and school board politics

A must read if you live or lived in Joplin

Silver Lining in a Funnel Cloud is available locally at Always Buying Books, Changing Hands Book Shoppe and the Book Guy in Joplin and Pat's Books in Carthage. It is available in paperback and e-book formats from Amazon.

Another downtown slick move...the CVB Director makes Rohrer look like a saint. CONNECT TO CULTURE OUGHT TO BE CONNECT TO CRIME...City elitist will soon roll out dream of a downtown hotel and convention center...a fools dream but elitist inspired..Joplin needs a suppository.
.

No wonder the greatest majority of hotels no longer support the CVB. Millions wasted over the last 18 years. No accountability, no results, and shoddy back door dealings. Maybe that's why the City's recent attempt to raise the lodging tax ceiling above state law was rejected by the legislature. The City failed to tell the public that story. And that's only the tip of the iceberg of what they aren't disclosing. Same ole, same ole. Once the City gets a tax, it abuses it, misuses it, and then wants more. Wake up, Councilpeople...the public has lost all faith in the City's ability to use the taxpayers money responsibly and for the purposes it was intended.

I have been following the Council's activities for awhile now and I seem to remember that a couple of months ago when the Council gave their approval for their lobbyist to take action to increase the hotel tax that the hotels voiced a number of concerns about how the tax funds were being used and other concerns. Need to go back and watch that meeting again, but I am fairly certain this kind of misappropriation of funds was mentioned and the City Manager or Mayor promised to look into the issues. Have't heard what their response was or that they even addressed ut. Maybe it's time for another audit of the City.

Not a surprise. Just another example of why there is so much distrust of the City's handling of public funds. The sad part is that the council knows this but does nothing to resolve it. Just keep kicking that can down the road and millions more wasted to feed the interests of the elitists. Seriously....look at the list of grants and tell me how the majority of these will generate tourism or general sales tax dollars. It's a joke. Nothing but a slush fund for special interests.

What did anyone expect? This brought to you by the same folks who kept giving grant money to the Boomtown festival without verifying the financial reports and then was "surprised" to learn that a VP from the Chamber had been embezzelling funds from the event. As someone commented earlier, there is no accountability either in how the grants are awarded or how the CVB is operated. I agree-millions wasted and time lost. The state auditor and the state attorney general really need to get involved.