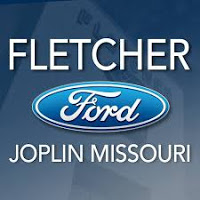 A settlement has apparently been reached in a sexual harassment lawsuit filed by a former employee against Frank Fletcher Ford.

Judge Roseann Ketchmark dismissed the case, according to an order filed today in U. S. District Court for the Western District of Missouri, one day after attorneys for Erin Rooney and Frank Fletcher Ford jointly filed a stipulation of dismissal.

No details were provided about the settlement.

McCarter made sexually harassing and discriminatory comments to Plaintiff based on her sex, including but not limited to commenting on the size of her breasts, that he would love to have pictures of Plaintiff’s breasts, that it would be easy to get males to buy cars from Plaintiff because of the size of her breasts, and he asked her whether she had pictures of her body or breasts. Plaintiff was upset, embarrassed and humiliated by her colleague’s sexually harassing and discriminatory comments.

Defendants often passed over Plaintiff with opportunities to work on deals, in favor of her male counterparts.

For the next several weeks, McCarter continued to make discriminatory, harassing, and sexist comments about Plaintiff’s appearance. Furthermore, when Plaintiff would visit the sales tower, where three of Defendants’ Sales Managers – Barry Wimer, Jon Atwood, and Steve Gehrke – sat, Plaintiff would hear management make comments about female customers and whether they believed them to be “screwable” or “f---able.”

The male managers would also state, “I would do her” in reference to female customers.

Other times, the male managers were on their cell phones watching inappropriate YouTube videos during work hours. The sexual harassment and sex discrimination occurring at Defendants’ workplace was severe, pervasive, and objectively offensive, and interfered with the terms, conditions, privileges, and compensation of Plaintiff’s employment by making her feel disrespected, inferior, distracted, uncomfortable, and ultimately interfering with her ability to perform her job as a salesperson.

On or about October 9, 2017, Plaintiff spoke to Personnel Relations Manager, Steve Cottle, and complained about the unfair treatment to which she was being subjected. Mr. Cottle told Plaintiff he would talk to GM McCann.

Because the sex discrimination/sexual harassment continued at Fletcher Ford and had not been adequately addressed following her complaints, on October 16, 2017, Plaintiff took it upon herself to ask GM McCann if she could transfer to Fletcher Toyota. GM McCann said “yes,” as long as Jim Adams, GM at Fletcher Toyota, also approved the transfer.

On her way out, Mr. Adams told Plaintiff to stop by the Parts Department to pick up her red uniform shirt for Toy

ota. Plaintiff picked up and signed for the uniform. On October 19, 2017, Plaintiff brought her transfer paperwork to Jim Adams at Toyota for him to sign. He said he needed to discuss with McCann. McCann was out from work on October 19 and 20, 2017, and Plaintiff had a personal day off scheduled October 21, 2017.

From approximately 8:30-11:00am, Plaintiff worked on and completed the assignment to key the used cars. Then, Manager Jon Atwood called Plaintiff to speak with him, and he unexpectedly told Plaintiff things were “not working” and terminated her employment and escorted her off the premises.

Plaintiff believes the true reason for her termination was sex discrimination/harassment and in retaliation for her complaints of discriminatory/harassing treatment. Following Plaintiff’s wrongful termination, she reported unfair treatment to Joel Bradley (HR Director) over the phone. Mr. Bradley said he would investigate. Mr. Bradley claimed “nothing came up” in his alleged investigation.

Plaintiff does not believe an adequate investigation was undertaken. Defendants’ management tolerated, condoned, and participated in discriminatory and harassing treatment toward females, including Plaintiff, on the basis of sex, and gave preferential treatment to male employees as compared to similarly situated female employees, including Plaintiff.

Plaintiff believes Defendants continue to discriminate and retaliate against her by refusing or failing to properly service her vehicle that she purchased from Fletcher Ford a few weeks before she was hired. 66.

As a result of Defendants’ discriminatory and harassing treatment toward Plaintiff on the basis of her sex, and in retaliation for her complaints of sex discrimination/harassment, Defendants terminated Plaintiff’s employment.

As a result of the defendants’ discriminatory/harassing and retaliatory conduct, Plaintiff has suffered and will continue to suffer damages, including but not limited to past and future lost wages, pain and suffering, emotional distress, stress and anguish, embarrassment, and harm to reputation.
Posted by Randy at 6:05 PM