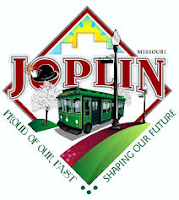 Joplin City Council will vote on a $26,000 contract for s company to conduct a nationwide search for a city manager.

The contract, if approved during the 6 p.m. Monday meeting at City Hall, will pay $18,000 for professional services and $8,000 for expenses to Strategic Government Resources.

The billing will be in three equal installments, according to the contract, with one-third paid after the company makes an analysis and creates a profile of what qualities the new city manager should have.

The second installment is billed when semi-finalists are selected, with the final payment coming after the city manager is hired.

The contract spccifies that if the person who is hired is fired or resigns within 18 months, another search will be conducted free of charge.

The former city manager, Sam Anselm, who had held the job since the 2014 firing of Mark Rohr, "resigned" in March.
Posted by Randy at 10:57 AM