In a decision handed down today, the Missouri Supreme Court upheld the conviction and death penalty for Craig Michael Wood, 51, for raping and murdering 10-year-old Hailey Owens, Springfield.

The judges rejected Wood's argument that the trial court should not have imposed the death sentence after the jury was unable to come to a decision on the penalty.

Wood's appeal also contended the judge erred in permitting prejudicial testimony on the child's death affected the Springfield community, the number of guns he had at his home (the prosecution said he deliberately chose a small caliber weapon to kill Hailey because it would not leave as much to clean up), and photos from Hailey's phone that showed her with her family, friends and dog and with stuffed animals.

The appeal also challenged the trial judge's decision to allow Wood's folder, in which he had written two stories detailing a grown man having sex with 13-year-old girls. The folder also had photos of students from Pleasant View Middle School where he worked as a coach and paraprofessional.

Wood's crimes were described in the opinion:

On the afternoon of February 18, 2014, Carlos and Michelle Edwards saw 10-year-old Hailey Owens walking down the sidewalk near their home in Springfield.

A tan Ford Ranger truck drove past Hailey, turned around, and pulled alongside her. The driver, later identified as Wood, asked Hailey for directions.

As Hailey began to walk away, Wood opened the door and told her to come back. Hailey turned and stepped toward the truck. Wood lunged at Hailey, and pulled her into the truck. Mr. Edwards ran toward the truck, yelling at Wood to stop. Wood sped away.

Mrs. Edwards called 9-1-1 to report the incident and the truck's license plate number. The truck was registered to Wood's parents, but Wood was the primary driver.

As an officer approached, Wood exited the truck and tossed a roll of duct tape into the truck bed. Wood, nervous and smelling of bleach, acknowledged he knew why the officers were there. Wood voluntarily accompanied officers to police headquarters. Wood admitted the Ford Ranger was his, but declined to answer any questions regarding Hailey's location.

Officers observed an abrasion and dried blood on Wood's lower lip, dried blood on one of his fingers, and red vertical marks on his neck and near his groin. His hat appeared to have bleach stains. Wood told officers he made two trips to Walmart earlier in the day to purchase bleach and drain cleaner. Wood also said he went to a laundromat, and his laundry was still there.

Officers went to Wood's house to look for Hailey. They entered through an unlocked back door. A strong odor of bleach emanated from the basement. The basement steps and floor were wet. A fan was running, and a scrap of duct tape was on the floor. There were empty bleach bottles and several plastic storage tubs. The officers secured the house and left. 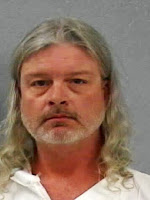 After obtaining a search warrant, the officers returned and fully searched Wood's home. Wood's bed was stripped of sheets and blankets. On the bedroom dresser, police found a folder containing two handwritten stories detailing fantasies of sexual encounters between an adult male and 13-year-old girls. The folder also contained photographs of girls who were students at the middle school where Wood worked as an aide and football coach.

In the basement, the officers found Hailey's nude body wrapped in black plastic bags, stuffed into a 35-gallon plastic tub. Hailey's body, stiffened from rigor mortis, was wet and smelled of bleach. Her lips, cheek, and ear were bruised. Ligature marks indicated Wood tied Hailey by the wrists, and she struggled to free herself. A .22-caliber shell casing lay on the basement floor. The shell casing was fired from a .22-caliber rifle locked inside a gun safe in a storage room.

An autopsy showed Hailey died from a gunshot to the back of her neck, killed by a .22-caliber bullet that passed through the base of her brain. Wood fired the fatal shot from point blank range, placing the barrel of the gun on the back of Hailey's neck before pulling the trigger. Hailey's vagina and anus were lacerated and bruised in a manner consistent with sexual assault.

While Wood had locked the murder weapon away in a safe, officers found several guns larger than .22-caliber and several shotguns left in open view throughout Wood's home.

In the bedroom, officers found a shotgun leaning against the wall and a larger caliber handgun on the nightstand next to the bed. An FBI agent testified the .22-caliber rifle would make less noise and less mess than other weapons found in the house.

Officers discovered Hailey's clothing in a dumpster behind a strip mall near Wood's home. Surveillance video showed Wood placing Hailey's clothes in the dumpster. A receipt in Wood's truck showed he purchased a laundry bag and duct tape from Walmart on the evening of Hailey's murder. Police also obtained video footage from Walmart showing Wood purchased bleach and drain cleaner approximately an hour after abducting Hailey.

Wood did not testify or present evidence during the guilt phase. During guilt phase opening statements, Wood's counsel argued Wood did not deliberate before killing Hailey. The state's closing argument emphasized the evidence showing Wood purposely and deliberately killed Hailey.

The state argued, "I submit to you that when you place the muzzle, the end of the barrel of a gun, against the back of the base of the skull and you pull the trigger, there's only one purpose you can have, and that's to kill someone. Your common sense tells you that."

The state argued Wood deliberately killed Hailey because he chose "the smallest caliber weapon he has, that will make the least mess and the least noise," and then locked the murder weapon away in a gun safe.

The state concluded that considering this evidence in conjunction with evidence Wood attempted to conceal his crime by stripping the sheets from his bed, bleaching and hiding Hailey's body, and disposing of her clothes in a dumpster behind a strip mall proved beyond a reasonable doubt Wood deliberately killed Hailey.

The jury found Wood guilty of murder in the first degree.

During the penalty phase, the state presented a detective's testimony that he found no connection between Wood and Hailey or her family. A computer forensic examiner testified that after an Amber alert was issued for Wood's truck, a friend sent a text message to Wood asking "You haven’t been hunting, have you." Another friend texted, "Oh, great, I just got an Amber Alert about a gold Ford Ranger. What have you and bear done???" Wood's dog was named Bear.

The state presented victim impact testimony from the mother of one of Hailey's friends, Hailey's teacher, her great-grandmother, two aunts, and a pastor.

The witnesses testified Hailey was a happy and loving child. Hailey's death left an "unfillable void" in her family and traumatized her brother. Hailey's teacher testified that, after Hailey's murder, her classmates' behavior changed and they struggled to cope with Hailey's death.

Hailey's aunt testified more than 10,000 people attended a vigil for Hailey. The pastor testified "countless parents" told him they no longer allowed their children to play unsupervised in their front yards or walk to a friend's house.

Wood presented testimony from his parents, three friends, a priest, and two guards from the Greene County jail. Wood's parents testified regarding Wood's problems with depression and substance abuse, but noted he was employed consistently and had no significant criminal history.

Wood's friends testified they were shocked when he was arrested because such a crime was out of character. One friend noted Wood once saved a man from an apartment fire.

None of Wood’s friends were aware he had sexual fantasies about young teenage girls. The priest testified that, since his arrest, Wood renewed his faith, studied the Bible, and regularly met to discuss what he had done.

The jail guards testified that, aside from hoarding pills for an apparent suicide attempt, Wood caused no problems.

Because the jury deadlocked on punishment, the circuit court determined the appropriate sentence as required by § 565.030.4. The circuit court specifically referenced the six aggravating circumstances found unanimously by the jury and stated it "does accept and agrees with the factual findings of the jury as set forth in its verdict as to punishment."