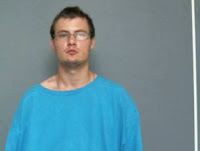 An October 21 sentencing hearing is scheduled for a Jasper man who pleaded guilty Monday in Laclede County Circuit Court to a reduced charge of statutory sodomy in connection with the July 23, 2018, rape of an eight-year-old girl in Eldridge.

Judge Peggy Richardson ordered a pre-sentencing hearing for Iain Knotts, 20, Jasper, who was arrested by the Laclede County Sheriff's Office and charged with first degree rape after a witness saw him sexually assaulting the child in a travel-trailer.

Knotts had been on local police radar, according to a post this morning on the Jasper Police Deparrtment Facebook page:

This man was in our back yard for a couple of years. We kept as close of an eye as we could on him as I think we all agreed there were signs of very bad news on the horizon, mainly predator type behavior.

This is a sad story for the 8 year old girl who was Ian Knott’s victim. Her life will never be the same.

Sadly these predators must offend first in order for them to be taken off the streets, and a lot of times they are released back into the public. There isn’t an easy answer.
Please be vigilant in protecting your kids and know who they are hanging out with and where they are. There are predators out there... They just have not offended or got caught yet.

Jasper County Circuit Court records indicate Knotts may have targeted a child acquintance locally as Judge Stephen Carlton issued a child protection order against Knotts on September 28, 2016.
Posted by Randy at 9:50 AM