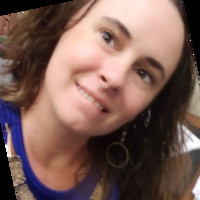 Elisha Stukesbary, 38, a former U. S. Bank branch manager in Carthage, waived a federal grand jury indictment this morning in U. S. District Court in Springfield and pleaded guilty to embezzling $35,000.

The indictment was unsealed this morning.

The thefts took place between December 3 and December 15, 2918, according to the indictment.

Though the maximum sentence for Stukesbary's crime is 30 years in prison and a $ 1 million fine, the plea agreement indicates the U. S. Attorney's offie will recommend a sentence on the lower end of the federal guidelines and restitution.

A pre-sentence investigation was ordered and sentencing will be scheduled at a later date.

Stukesbary's crime was detailed in the plea agreement document.


U.S. Bank officials advised that after an internal audit was conducted, Stukesbary's irregular cash transactions were detected by bank examiners.

According to the internal audit, bank officials observed that Stukesbary made several miscellaneous debits for varying amounts of cash from her teller drawer.

Bank officials then observed that Stukesbary would then reverse the debit transactions a few seconds after the original transaction was performed.

Upon scrutinizing Stukesbary’s transactions more closely, bank officials observed that between December 3, 2018, and December 15, 2018, Stukesbary performed numerous debit transactions and reversals that totaled $35,000 in monies that were determined to be missing from Stukesbary’s work station.

During the meeting, officials asked Stukesbary about the $35,000 in cash discrepancies and the “forced balancing” of the ledger associated with her work station. When asked if there was anything that Stukesbary wanted to tell bank officials, (she) stated, “I did this. I stole the money.”

Stukesbary advised that she had an addiction to illegal drugs and apologized for stealing from the bank.

As Stukesbary was removing her personal belongings from her office, she removed an envelope from her desk drawer and handed it to Jeremy Goebel, the District Manager for U.S. Bank.

Stukesbary told Goebel, “You’re going to want this.” Goebel looked in the envelope and observed that it contained cash transaction tickets for each of (her) prior fraudulent “cash out” transactions.

Stukesbary admitted that she did this so that she could produce the belated documents to the give the appearance the cash transaction was complete and legitimate.

By admitting the above facts, the defendant also admits, for the purpose of pleading guilty to the sole charge of the Information, that she embezzled the $35,000 with the intent to defraud U.S. Bank. The current restitution owed to U.S. Bank is not less than $35,000.

Stukesbary was released on her own recognizance while awaiting sentencing.
Posted by Randy at 6:28 PM