Kansas City legislator: I am a Christian woman and I am a Democrat 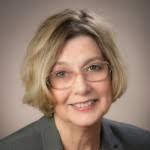 (From the re-election campaign of Rep. Ingrid Burnett, D-Kansas City)

Recently, Southern Baptist Mega-Church Pastor and religious advisor to President Trump, Robert Jeffress, took aim at Christians like me, calling us “Godless,” accusing us of making up our own version of God.

I am a Christian woman, and I am a Democrat.

I am not ashamed. I am not confused.

My politics are not in conflict with my religious beliefs and practices.

As a little girl, the story of the Good Samaritan exemplified what God wants from all of us - to help others - especially those who are suffering. I was also taught the story of the widow who gave more with her humble offering of her last two small coins than the rich man who upstaged her meek offering with his large sums and loud acclamations.

I was taught about forgiveness in the story of The Prodigal Son.

I learned of God’s mercy, and that although I may not always have, I need not want. As I matured, I learned that it is not for me to understand how God works.

The times in my life, when I have walked through the valley of the shadow of death, gave me a deeper understanding that I would need and use later. I understand love because I know God’s love for me, and I proclaim Jesus Christ to be my Lord and Savior.

I strive to replace worry with prayer, and anger with action, to walk the path that will allow me to help advance God’s grace and mercy in this broken and beautiful world.

Two well-known scripture passages offer a blueprint for walking in faith. One is the 23rd Psalm. I referenced it above because I refer to it often when facing challenges. The other is The Beatitudes, or as I like to think of them, “The Be Attitudes.”

When I compare the two major political parties against the instruction the Beatitudes provide, there is no question for me which one aligns best with my religion. Go ahead and accuse me of worshiping a false God if you desire to sow division and war, but as for me and my house, we will serve the Lord.

In Jefferson City, I work to assure that our most vulnerable are protected.

This year I was able to pass legislation with unanimous House approval that restored state employee benefits to widows of active duty military personnel killed in action.

Last year, our Republican-controlled legislature actively removed them with new language in the definition of “surviving spouse.”

The problem is, our Republican Governor vetoed this year’s bill. I am proud of the $1M in the budget to be used to restore two Juvenile Units to address the severe shortage of juvenile public defenders. I worked hard on the Budget Committee to advocate for this and get it approved. I continue to push for legislation that will protect juveniles’ right to counsel.

Too many of our youth are being directed into the criminal system because they have been coerced to waive their rights, and although I was able to get it into a Senate bill with broad bi-partisan support, the Republican bill handler stripped it out to satisfy one lobbyist.

Another important effort is protecting our animals and identifying abusers and providing appropriate interventions to arrest the cycle of animal abuse to domestic violence.

I am beyond grateful to have the opportunity to stand up to the reckless disregard our current Republican majority exhibits for the people of Missouri, and I will continue to do so as long as the voters in my district keep sending me to do so.
Posted by Randy at 9:32 PM

Her statement is conflicting. How can a Christian support the pro abortion Democratic agenda?

How can a Christian support a President who just grabs them by the pussy?

@4:42 Being educated is key to not making stupid comments like yours.

Christers come in lots of different flavors but it sure seems like to me that P@$$tor Jefre$$ could be one of those christofascist types!

Ah, I appreciate all the tolerance being shown in the posts here. Lefties just love diversity.

Well to be fair, it is stupid to call the Democratic agenda "pro abortion", as though the party platform is pro-choice just for the sake of seeing the highest possible number of abortions performed. It is also fair to call a right-wing religious authoritarian a christofascist, as long as using terms as they are defined remains acceptable.

Labeling groups that we disagree with in a negative way is what we progressive, tolerant, inclusive liberals do.

I like how the people on the right are butthurt about how the left is saying mean words. Meanwhile the right regularly calls ANYONE that disagrees with them snowflakes, libruls, communists, socialists, terrorists, regulary try to stifle rights and ignore the will of the people.

Butthurt? What does that mean?

I consider myself a centrist. I think both sides point the finger way too much. That being said, there is much more of an effort of those on the left to disparage those on the right. The right has it's fair share of rigid minded bame callers, but the left tend to be sycophants who act like disagreeing with them is a personal attack.

This comment thread began with a misrepresentation of the Democratic party platform from someone on the right. Pro-reproductive rights is not "pro abortion". Coupled with that was an unsolicited spiritual assessment of Democrats as unfit or unworthy to call themselves Christians. Basically, a bullshit comment and a good example of unprovoked disparagement of the left from the right.

So, pro reproductive rights isn't synonymous with being pro abortion? I think you might be being disingenuous.
If that's the case, pro lifers aren't anti choice.
I don't believe that anyone has the right to judge who is who isn't a Christian. However, I find it hard to believe that anyone who values life, as Christians claim they do, would be ok with backing a group who supports abortion, which the Democrat party does. Seems like a conflict. But hey, if you can reconcile having inconsistent beliefs more power to you. Probably makes you better Democrat.

Politics and religion are asynchronous - Jesus warned us of the consequences if they weren't. Like everything else His wisdom is right - I can't say that either party's politics represent that of anything remotely "Christian." Keep politics out of religion AND religion out of politics. They are destroying one another.

The thing I can't figure out is this; if nearly 70% of the U.S. identifies as christian or believing in Christ, then they can't all be Republican. So this means that there is a large amount of conflicted folks on the left who bash christianity but somehow still go to the polls and vote for someone who has said beliefs. Interesting how candidates on the left are silent on their beliefs during election time.

Poor leftist had someone not like their actions and stances. The world can be so tough sometimes. But buck up my little nonspecific gendered composter and remember that sticks and stones may break your bones but words will only hurt the thin skinned milk babies that populate the safe spaces on the left.