Father who dumped former Carthage woman's three kids in Des Moines, said "You have guardianship now," is person of interest in her death 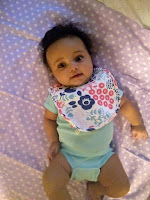 McDonald County authorities have said the father of Jessica McCormack's three children is a "person of interest" in her death.

A bicyclist found McCormack's body July 29 on a steep hillside alongside Highway 59 between Noel and Lanagan.

Authorities are almost certain the body was McCormack's and are awaiting results of DNA and dental records tests.

McCormack, 25, Noel, was originally from Carthage.


A cause of death has yet to be determined. 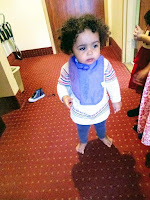 McCormack's children, four-year-old Siah Casillas, 20-month-old Saidah Noor, and seven-month-old Intisar Mahamed, the subjects of an Amber Alert after McCormack's body was discovered were found Thursday at the Des Moines, Iowa, home of one of their father's relatives.

Des Moines Police Department spokesman said Paul Parizek said the relative had been caring for the children for a few days.

"He didn't give (her) much of an explanation. He said, 'You have guardianship of these kids now' and he left."

After the father did not return for several days, Parizek said, the relative became suspicious and contacted the police.

A Justice for Jessica Go Fund Me page has been established with the following message:

Late July Jessica body was found in Noel,Mo.... a mother of 3 beautiful girls #JusticeforJessica will help lay her to rest ... and provide anything necessary for the girl in this time Jessica was hungry for the Lord and now she walks with Jesus !!!! Gone to soon ... let’s come together and give her the resting place she deserves !

The accompanying video is from We Are Iowa Local 5 News.

Which one? There are three fathers. This poor, confused, brainwashed on multiculturalism, girl. Hopefully, she'll make better choices in the next life.

There's only 1 biological father.The other signed the 1sts birth certificate And thats it. And it is the last two kids dad that done this to her.

Are you seriously going to play victim shaming on someone who was murdered? I don't care if she had 8 baby daddies, no one deserves what was done to her. Ever think maybe it wasn't her choices that lead to her death but someone who is sick in the head?

Prayers go out to family .so sorry .hope get person that did this to her

She was not confused. She was not brainwashed. Hopefully she'll make better choices in the next life? Are you fucking kidding me? She was murdered. For wanting to leave an unhealthy situation. For wanting to have a better life for her and those babies! She had already walked away from him. He just wouldn't leave her alone. Im sickened at how many people want to run their mouth and judge my sister.

11:01 You are an ass. Every culture has people that commit murder, including your own.

Anonymous 11:01, Judge much do you. Last I knew that wasn't your job. Prayers that the young woman didn't suffer and her babies will be well cared for.