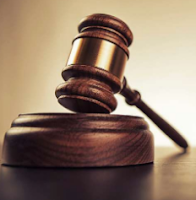 A jury trial is scheduled to begin Tuesday in Jasper County Circuit Court for a Joplin man charged with robbery and kidnapping.

Judge Dean Dankelson will preside over the trial, which is expected to last three days.

Joseph Michael Flynn, 39, was bound over for trial following a November preliminary hearing in which a man who was staying at a Webb City home testified Flynn and two other men armed with a machete came to collect a $380 debt.

The victim testified the men beat him, with one stabbing him with a pocketknife and robbed him of his wallet, his cell phone and $500.

The victim speculated the woman who lived at the house may have been an accomplice since she left with the three men following the beating.

Flynn is represented by Neosho attorney Jonathan Pierce.
Posted by Randy at 10:39 AM