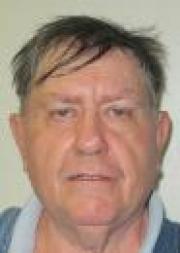 An Anderson man will return to federal prison after a federal judge revoked his probation Wednesday.

According to the judge's ruling, Abercrombie, who is facing two bad check charges filed during the past few months in McDonald County Circuit Court, violated four conditions of his probation.

-He committed another crime

-He did not successfully complete sex offender counseling (Abercrombie was given a suspended sentenced in 2001 on a McDonald County charge of sexual misconduct in the first degree.)

-He failed to report to his probation officer.

Abercrombie told investigators he robbed Arvest Bank because he facing financial difficulties and he had cased several banks and thought it had the weakest security. Surveillance video at area banks confirmed Abercrombie's story.

The crime was detailed in a detention motion filed in U. S. District Court for the Western District of Missouri in 2015:

The teller advised law enforcement that the note indicated that the male was robbing the bank and that he had a weapon. After reading the note, the teller asked the male if he was serious. The male responded by telling her that he was serious and ordered her to give him the money in her drawer.

The teller removed the money from her top drawer and placed it on the counter. The male took the money, the demand note, and placed the items in his pocket.

The male then exited the main bank entrance and was observed traveling north by bank personnel. 2. Missouri State Highway Patrol troopers contacted law enforcement investigating the bank robbery and then determined that ABERCROMBIE was a likely suspect in the bank robbery.

After arriving at his residence, law enforcement identified ABERCROMBIE’S truck as being the vehicle that was parked in the vicinity of the Arvest Bank. Law enforcement provided ABERCROMBIE with his Miranda rights and he waived his rights, agreeing to speak with deputies.

Shortly thereafter, ABERCROMBIE admitted to law enforcement that he had robbed the Arvest bank. ABERCROMBIE then led deputies to a cash box located in the bedroom of his residence.

ABERCROMBIE advised that the money within the cash box was the money he took when he robbed the Arvest Bank earlier that day. Shortly thereafter, FBI agents then made contact with ABERCROMBIE. Agents confirmed ABERCROMBIE’S confession and that he directed law enforcement to the location of the stolen money.

ABERCROMBIE direct agents to a cash box located within the bedroom of his residence. Agents opened the cash box with a key at ABERCROMBIE provided to the McDonald County Sheriff’s Office.

The comparison revealed that two $50 bait bills that had been taken during the May 18, 2015, robbery were located in the stack of United States currency retrieved from ABERCROMBIE’S cash box and residence.

In addition to the bait bills and confession, agents located the blue hooded jacket, grey t-shirt, and overalls on the bedroom floor. These items matched the description of the clothes worn by the bank robber.

When asked by agents, ABERCROMBIE confirmed that the clothes were the items he wore when he robbed Arvest Bank. Furthermore, during ABERCROMBIE’S statement to law enforcement, he admitted that he had been observing several other local banks in an effort to evaluate their security and conduct additional bank robberies.

Law enforcement reviewed the security video tapes from several other banks identified by ABERCROMBIE. Agents were able to see ABERCROMBIE’S truck on the video surveillance of several banks, confirming his statement that he was casing several other banks to commit additional robberies.
Posted by Randy at 7:13 PM