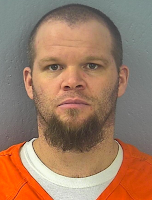 A Carthage man pleaded guilty to methamphetamine trafficking and money laundering this morning in U. S. District Court in Springfield.

Judge David P. Rush ordered a pre-sentence investigation. No date has been scheduled for the sentencing.

The meth trafficking conspiracy was outlined in the plea agreement.

They also located a Weihrauch brand, model Windicator, .38-caliber revolver, with serial number 1068192, that was in near proximity to the drugs and money proceeds.

Weston possessed the revolver in furtherance of his distribution of 50 grams or more of methamphetamine (actual).

Located in the home along with Weston was Christopher D. Thompson, whose cellular telephone was seized.

A warrant was obtained to search Thompson’s telephone, and evidence located on the telephone demonstrated that Thompson had mailed a package for Weston to Weston's methamphetamine source in California on October 3, 2016.

This package was seized by the postal service on October 4, 2016, and contained approximately $8,980 in United States currency.

Weston also caused approximately $1,800 in United States currency to be wired to the methamphetamine source in California on September 17 and 25, 2016.

All three transactions were done in a manner to conceal or disguise the source, origin, nature, ownership, or control of the proceeds of the sale of methamphetamine.
Posted by Randy at 6:43 PM

Does Weston have a first name?

He does now. It's Daryl. Sorry about that. It was in the original post, but I edited out the first portion of the probable cause affidavit where the full name was posted and I did not check to make sure that the name was still in the post.

It's a little hard to tell with mugshots but it seems like neckbeards may be a thing and not in a good way!