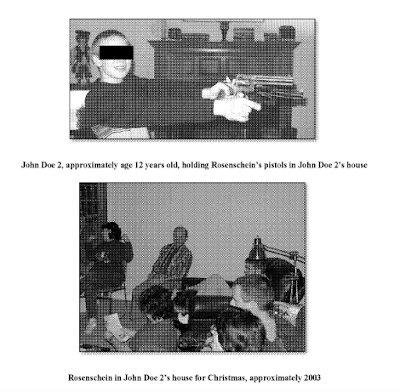 Guy Rosenschein became close with an Arkansas woman and offered to be a role model for her 11-year-old son so he could begin grooming the boy for sex, according to a lawsuit that has been moved from Arkansas state courts to U. S. District Court in New Mexico.

Rosenschein molested the boy in 2002- at the same time  he was maintaining a practice in Joplin- according to the lawsuit.

Rosenschein is being held in a federal prison while awaiting trial on child pornography charges. The evidence in the criminal case indicated investigators found a secret room at Roscnschein's New Mexico home where he kept nude photos, including some of his patients.


The plaintiff in the lawsuit, referred to only as John Doe 2 in the petition, wants to know if his photos are among those found in Rosenschein's collection.

The allegations against Rosenschein are spelled out in the petition. In 2002, when John Doe 2 was 11, doctors found an enlarged veins in his scrotum.

Rosenscehin performed surgery on the child at Northwest Regional Medical Center in Springdale.

Shortly after the surgery it was discovered that Rosenschein lived in close proximity to John Doe 2 and his family. In follow-up visits, Rosenschein chatted with John Doe 2's mother, who was single at the time and offered to "take John Doe 2 under his wing." 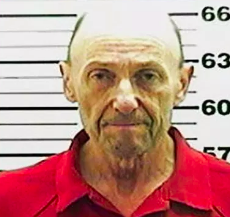 Once he built his trust with John Doe 2, Roscnschein began to sexually assault the minor.

The lawsuit claims Rosenschein began kissing the boy and that eventually led to him perfomring a sexual act on the boy and trying unsuccessfully to convince John Doe 2 to perform the same act on him.

The molestation took place each time Rosenschein got together with the boy, according to the lawsuit.

Plaintiff is emotionally disturbed and scarred for life by Rosenschein's continued sexual assaults. Plaintiff is also significantly concerned about the possibility that photos of his naked body exist- taken by Rosenschein.

Listed as defendants in the eight-count lawsuit are Rosenschein and 10 John Does who worked at the Arkansas hospital.

Among the claims are emotional distress, assault and invasion of privacy.

John Doe 2 is asking for actual damages and punitive damages.

The lawsuit is one of more than a dozen that have been filed against Rosenschein since his child pornography arrest.

Rosenschein's alleged crimes were revealed in Arkansas when the New Mexico FBI office asked for information from any Arkansas residents whose children had been patients of his between 2001 and 2012.

The U. S. Attorney detailed the allegations against Rosenschein his a response to the doctor's attorneys's motion that he be allowed to be free on bond.


An Apple iPhone3G was seized from Defendant’s office inside his residence. Defendant provided BCSO officials with the password to access this phone. The forensic analysis of the phone revealed a Yahoo Messenger account with the user name “cambodia1994.”

Investigators learned that it is against Presbyterian Hospital policy for physicians to take medical photographs on their personal phones. Several of the photographs depict close up views of genitalia.