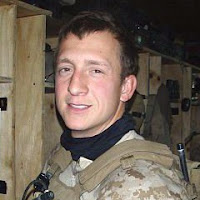 You might not recognize the name Adam Olin Smith, but you should. A native of Bevier, Adam was an American hero who gave his life in defense of our nation. I never had the chance to meet Adam, but last week I had the honor of celebrating his life and legacy with his family, friends, and community in Bevier.

From a young age, Adam wanted nothing more than to serve his country. After joining the Navy in 2004, he went on to complete the rigorous training necessary to become a Navy SEAL. Through grit and determination, Adam achieved his lifelong dream, but he didn’t stop there.

After joining SEAL Team 4, Adam went on to become a highly decorated combat veteran—serving in both Iraq and Afghanistan. Tragically, his last mission came on September 21, 2010, when the Scorpion helicopter he was on went down in Zabul, Afghanistan.

Adam may have been taken from us far too soon, but his memory lives on in Northeast Missouri. His legacy of service and sacrifice is still felt by many in his community to this day—nearly a decade after his passing. His family and friends wanted to ensure this legacy continues to live on in Macon County and beyond. They felt it would be fitting to dedicate the Bevier post office in his honor. I was humbled to be able to introduce and pass legislation to do just that. President Trump signed that bill in December, and we were able to hold the dedication ceremony last week.

It was an incredibly moving time as Adam’s family, friends, fellow service members, and members of his community joined together to remember him through stories of his childhood, his time at home and his time in the service. There’s no doubt that he had a tremendous impact on his community. The Bevier Post Office now bears the name of SO2 Navy SEAL Adam Olin Smith. 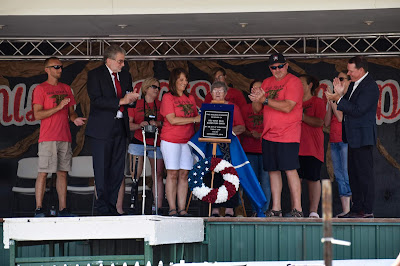