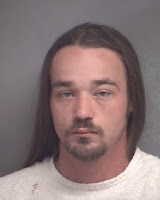 A Joplin man who broke his six-week-old child's leg may only spend 120 days in prison.

Jasper County Circuit Court Judge Gayle Crane sentenced David W. Gordon, 26, to seven years in prison on an amended charge of second degree domestic assault Monday morning, but placed Gordon in the Shock Incarceration Program, which places him behind bars for 120 days and then reevaluates his progress.

At that point, the judge will either allow Gordon to be placed on supervised probation or have him continue serving his sentence.


The Joplin Police Department initially arrested Gordon after officers were called to Mercy Hospital October 7, 2017 on a child abuse report. A six-week-old baby had been brought to the hospital with "a broken leg and other injuries that were consistent with child abuse," according to a JPD news release.

Gordon was originally charged with felony child abuse.
Posted by Randy at 2:34 PM