Kay Hively: The story of Aunt Mariah, the baby nurse 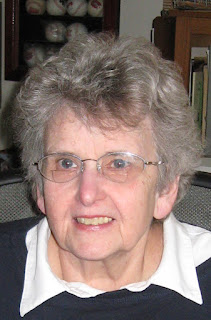 (Kay Hively is a historian, author and a long time editor, reporter and columnist for the Neosho Daily News and the Neosho Post.)

One of my favorite personalities in Neosho was "Aunt Mariah" Watkins. A "baby nurse," Aunt Mariah served the town's wealthier families when a new baby was expected.

Born in South Carolina around 1824, Aunt Mariah was a slave in the home of a white doctor and his wife, and where her interest in medicine was honed. Eventually she moved to St. Louis where she married Andrew Watkins, and they soon moved to Neosho.

It is believed that Aunt Mariah never bore children, but became a baby nurse and always claimed she had a lot of children. She applied her self-taught nursing skills to taking care of babies. In the 1800s, babies were not born every day in Neosho, so Aunt Mariah took in laundry and did typical kitchen work of the times. Her husband, Andrew, was a dray man with a wagon and either a horse or mule.

Aunt Mariah was not a midwife; she was hired to care for a newborn baby after it was born because, in those days, new mothers were often confined to bed for at least two weeks. While in the house attending the mother and baby, her duties usually including taking charge of the other children who lived there, and sometimes cooking.


It was said that the children in town thought Aunt Mariah delivered babies out of her large black doctor's bag. They would see her hurrying down the street with her bag and then entering a home. Soon, a new baby would be announced at that home. So, Aunt Mariah must have surely brought the baby—or so some of the other children thought.

Aunt Mariah did more than take care of babies. In the 1870s, she and Uncle Andrew found a young black boy asleep near the woodpile in their back yard. Taking him inside, they learned he had walked about nine miles to Neosho, determined to go to school. The boy had been born a slave, but freed after the Civil War while he was still an infant.

The Watsons took the boy into their home and let him attend the little 1872 Neosho Colored School, one of the earliest schools in the area for black children. To earn his keep, he helped Aunt Mariah with the laundry, often jumping the school fence to wash clothes during his lunch period.

Many people were proud to be one of Aunt Mariah's babies. Probably one of the most prominent of Aunt Mariah's children was the artist, Thomas Hart Benton. As she did with her other "babies," she lived with the Benton family for a while after the birth of the would-be artist.

But, just between you and me, Neosho and Newton County has known that for many years.
Posted by Randy at 8:50 PM

Ms Hively is no longer with The Neosho Daily News - she and her husband both hung up their pens a year ago when then editor Todd Higdon also resigned.

While I appreciate your correcting me, there was really nothing to correct perhaps I should say was, but I also do not think she is an editor and columnist for the Neosho Post, which has not been publishing for several years.