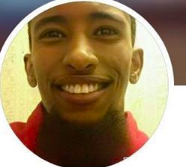 The charges against Mahamed were detailed in the news release issued August 14 by the U. S. District Attorney for the Western District of Missouri:

A Noel, Missouri, man has been charged in federal court with kidnapping the 4-year-old daughter of a woman whose body was discovered in a suitcase last month.

Mahamud Tooxoow Mahamed, 37, a Somali national, was charged in a criminal complaint filed late Tuesday in the U.S. District Court in Springfield, Mo. Mahamed is not in federal custody and is a fugitive from justice.

According to an affidavit filed in support of the federal criminal complaint, the body of Jessica McCormack, of Noel, was discovered on July 29, 2019, near Missouri Highway 59 between Lanagan, Mo., and Noel.

The last time McCormack was seen alive, the affidavit says, was when law enforcement officers responded to a call at her home on July 16, 2019. Also present in the residence were Mahamed, who was identified as McCormack’s paramour, and McCormack’s three daughters, identified in court documents as Jane Doe 1 (four years old), Jane Doe 2 (two years old), and Jane Doe 3 (six months old). Jane Doe 2 is Mahamed’s daughter.


McCormack’s children could not be located after her body was discovered and identified. An Amber Alert was issued for McCormack’s three children, who were located at a residence in Des Moines, Iowa, and taken into state custody on Aug. 8, 2019. According to the affidavit, a woman who formerly worked with Mahamed at the Tyson plant in Noel told law enforcement officers that Mahamed arrived at her Des Moines residence with the children on Aug. 5, 2019. She discovered he had left on Aug. 8, 2019, the affidavit says, when she found a note from Mahamed informing her that he could not care for the children.

Investigators confirmed with the father of McCormack’s oldest child that Mahamed did not have his consent to take Jane Doe 1 outside the state of Missouri. The biological father of Jane Doe 3 cannot be positively identified at this time.

The charge contained in this complaint is simply an accusation, and not evidence of guilt. Evidence supporting the charges must be presented to a federal trial jury, whose duty is to determine guilt or innocence.

This case is being prosecuted by Assistant U.S. Attorney Ami Harshad Miller. It was investigated by the FBI, the McDonald County, Mo., Sheriff’s Department, and the Des Moines, Iowa, Police Department.

This whole thing just keeps getting sadder and sadder.

Please keep covering it--I'm not seeing news about it anywhere else.