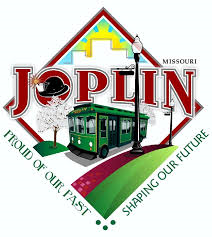 On Monday, August 12, the Joplin City Council voted unanimously to place a sales tax initiative on the November 5, 2019 ballot for Joplin voters.

The ½-cent sales tax would be designated to support closing the existing Police and Fire Pension Plan to any new hires and enroll new hires in a state authorized pension plan. Public safety employees in the City do not contribute to or receive Social Security benefits. Pension plans are a significant factor in recruitment and retention of police and fire employees.


The group has been working together since late 2018 to review data and discuss possible solutions to improve recruitment and retention in the Public Safety departments. Much discussion took place throughout 2018 about increased turnover in these departments. The work group identified the need for a revenue source to make the Police and Fire Pension Plan whole, while also decreasing the financial strain on the City’s general fund. The City’s annual contribution from the general fund to the pension plan for 2020 is expected to be nearly $3 million.

Even with the City’s annual payment and members’ contributions, the plan remains only 63% funded, meaning that there are just enough funds currently to provide 63% of the benefits due to current retirees and future retirees.


Recognizing the importance of a fully-funded pension plan, providing a retirement plan that employees aren’t required to make contributions, and the need to reduce the strain on the general fund, the group made the recommendation which included a sunset clause.

The group stated that the sales tax would end at the earlier of 12 years or when the existing pension plan is funded to 120%. The group decided on 120% in order to provide enough funding for the plan to pay all benefits to its members until there are no more members on the plan, while allowing changes in future investment returns. The sunset date was based on Finance Director Leslie Haase’s projection of annual revenues of $6 to $7 million from this ½-cent sales tax.

It was also noted that to close the plan and move new hires to the LAGERS retirement plan, the City will need about $72 million to complete this transition. Although closed to new hires, the current plan will continue to pay out for the next 30 to 50 years ensuring that every member receives his or her full benefit, while the new LAGERS plan creates a stronger recruitment and retention incentive.

Sales tax revenues would be committed to:

-Paying out benefits to members (current employees and retirees) on the closed police and fire pension plan, ensuring every last person receives their full benefit;

-Moving eligible police and fire employees to Missouri LAGERS, (Local Government Employees Retirement System), with individuals choosing whether to make this transition; and


Despite the needed $72 million, this proposal will save the citizens and visitors to our community millions of dollars by closing the existing pension plan and moving to a more cost-effective retirement plan.

“The work group met regularly to discuss numerous items from pension plan data, City contributions, and funding levels to the importance of keeping our skilled and experienced officers and firefighters here in Joplin,” said Mayor Gary Shaw. “This recommendation is one that will address the issues we’ve identified and will strengthen the recruitment and retention of our public safety staff.

The change to the pension plan had to be voted on by its membership as the first step in moving this forward to a public vote. Members voted in favor of this with a 98% approval rating. During the Council meeting representatives of both the Police and Fire Departments spoke in favor of this recommendation.

“It was great to hear their support of this effort,” said Shaw. “It truly is a better plan for Joplin because it addresses our fiscal responsibility while supporting our staff and our community. By keeping our skilled and trained staff here, Joplin residents can be secure that they will have the experience that matters if a need arises in their home or neighborhoods.”

The Council also discussed appointing a citizens committee to help educate and discuss this sales tax initiative with the community. The members will be finalized at the next regularly scheduled Council meeting on Monday, August 19.
Posted by Randy at 4:54 PM