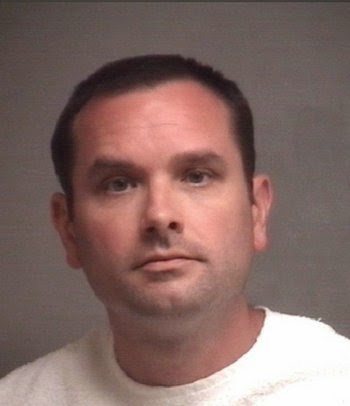 Prosecutors say while Jeffrey Bruner was on his way to Joplin's Hollywood Theaters, he first dropped off his daughter, Alexis. The 16-year-old daughter testified in court that her dad told her she probably wouldn't want to see him shoot someone, also saying that she won't have a mom or dad by the end of the night, and that he was going to jail.

Alexis testified that Jeffrey Bruner texted her while he was at the movie theater, asking what type of clothes her mom, Michelle, was wearing.

Witnesses who were at the theater that night testified that Bruner shot Derek Moore several times. Prosecutors say Moore's lung was bruised by the bullets, his diaphragm was torn, a major artery was broken, and his spinal cord was damaged, leaving him paralyzed while dying. Witnesses say while Moore was not able to move, Bruner kicked him several times.

But Bruner's defense says Bruner felt Moore was reaching for a weapon, and that Bruner shot in self defense. Bruner's defense claims Bruner had no intention of harming anyone. The defense also says Bruner suffered a mental defect, acute stress disorder, from all of his wife's affairs.

Witnesses testified that after Bruner shot Moore, Bruner said, "They posted it all over Facebook. What's a guy supposed to do?"
KOAM TV 7
Posted by Randy at 6:33 AM

I can think of a lot of reasons to kill somebody but a woman just ain't one of them. Conversely, dating a married woman ain't all that bright either. I think he would probably have fared better with the law if he had killed the wife also and relied on the crime of passion defense.

Using the term dated loosely, she dated many men at MSSU and before she arrived at MSSU She drove her poor husband nuts with her shenanigans

Rationale doesn't figure in to the minds and motives of people that kill people. Why didn't he just go after the ex wife...never post stuff to FB that could get you killed or burglarized.

Maybe if she were good looking I could understand his reaction but that is one ugly broad.

What was the coach's demeanor when the husband stepped up.....Just wondering if his attitude matches his picture

You can bet the ranch the Coach was excited about the prospect of beating the hell out of the husband.

It doesn't matter how many men his wife slept with or how ugly or attractive she is. He went to the theater with the intention of shooting somebody and even dragged his teenage daughter into the mess. He should have divorced his wife but, since he chose murder, he should never see daylight again.