Former Jasper teacher's aide sentenced to 7 years, may be out in four months 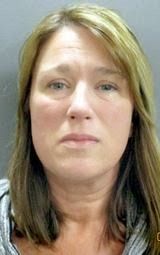 During a hearing this morning in Jasper County Circuit Court, Judge David Dally sentenced Janice Rusk, 43,  but had her placed in the Sex Offenders Assessment Unit (SOAU), a program that has come under fire for providing early releases to 300 sex offenders, approximately 30 percent of whom were arrested again for sex crimes.

After the four-month program, Dally will determine if Rusk should be placed on probation.

The charges against Ms. Rusk, an aide in the special education department at the time of the alleged incident, but who is no longer working at the school, are spelled out in the probable cause statement from Detective Ed Bailey of the Jasper County Sheriff's Department:

On March 26, 2014, I was advised by Children's Division and the Jasper, Missouri, Police Department of incidents of sexual contact between Janice Lorene Rusk (an adult) and several juvenile males.

D. S. explained that he had been texting Rusk for a while an they agreed to meet on a bridge at the west edge of B. S.'s family property on Baseline Blvd. in Jasper County.

After Rusk arrived at the location and told D. S. that he could not tell anyone about the event, Rusk stroked his bare penis with her hand. After this action, Rusk removed her pants; D. S. removed his pants and they engaged in sexual intercourse. D. S. stated this ended with him ejaculating.
Posted by Randy at 9:58 AM

Pervert. Hope u stay n for seven years. U deserve it all the way. Nasty bitch

If she was a man they would have threw the book at him.