Sharp- Huff's excellent, Good- Huff's phenomenal, Campbell- What does he do? 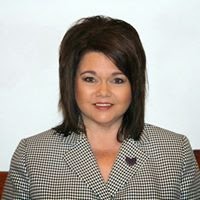 It was a loaded question for the board candidates- if you looked like you were drooling over Huff and scored him a 10, you would carry one label. On the other hand, if you gave him a zero or a one, you would look like you might have an ax to grind.

The question was posed tonight at the Joplin R-8 Board Candidate forum sponsored by Missouri Southern State University and the Joplin Globe.

The highest mark given to Huff was a 10. That was provided by Jeff Koch, but it only in one category- publicity, On areas of financing and teacher retention, Koch scored Huff at 4 and 5.

"Dr. Huff has done an excellent job," Sharp said. She noted that he board had asked him to raise graduation rates and he did and she also cited his work after the tornado.

Melinda Campbell graded him at 7, but noted that she did not know much about his job.

Jennifer Martucci, noting the poor results Huff had brought in with the recent state audit, gave him a 5. That would be about what a "fair" rating (which the district received on the audit) would amount to, she added.
Posted by Randy at 7:57 PM