C. J. Huff to Joplin Globe: I have cut down on my travel 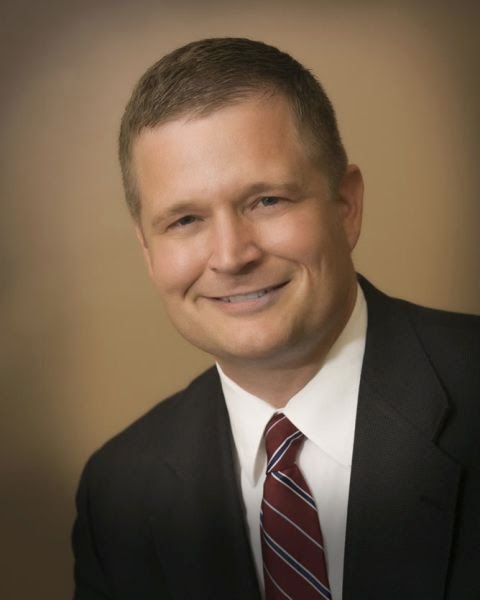 In the latest episode of Who Wants to Spend Like a Millionaire, contestant C. J. Huff decided to phone a friend- the Joplin Globe.

Ever since the state auditor's office issued a highly critical audit of the Joplin R-8 School District earlier this month, the Globe has offered unfettered access to Huff to try to answer every complaint registered by the auditor's office.

Earlier this month, Huff and R-8 Board President Anne Sharp explained how dangerously low fund balances are okay, because the board had predicted they would drop to eight percent. Of course, Globe reporters, unaccustomed to pushing for answers, failed to ask why no efforts were made to curb spending on the off chance that another disaster may rid the district of the rest of its balance. (Not to mention that the district has borrowed $74 million in the last seven months.) The answer to the problem, Sharp and Huff says, is to bring the balance back up. Only neither one has the slightest idea of how to do that. They will deal with that after the election.

In an article on today's page one, Huff dealt with another criticism of the district, the nearly $1 million in travel the district recorded during the past three years, including $349,952 during the 2013-2014 school year.

By the time the Globe was through with documentation provided by Huff, that was whittled down to $23,328 in travel for the seven top administrators in the district in 2014.

And any previous travel excesses were all blamed on the tornado and the infamous "thank-you" trips taken by Huff and former Assistant Superintendent Angie Besendorfer.

Not mentioned in the article are the multiple times each year that the district has paid for large contingents of employees, often their team of lower-level administrators, the teaching-learning coaches,  to attend conferences. It appears the Globe's study of travel documents did not include an examination of the packets provided to Board of Education members (and the public through the district website). This includes numerous trips, month after month, many out of state,

It doesn't appear that the registration fees for these events, often reaching hundreds of dollars, were included in the documentation.

What is clear, and this will be addressed in a post later this evening, that the real cost of Huff's travel is not being addressed.

What is also clear is that the Joplin Globe is running interference for the candidacies of Sharp and Bright Futures USA President Nancy Good for the Board of Education.

When a newspaper runs a series of page one articles relating to a critical state audit and makes it look like everything is running smoothly in R-8 land, it is perpetrating a fraud on its readership. Thankfully, many of its readers have found other sources that are willing to provide different perspectives.

One source is the state audit itself.

In other words, travel expenses increased in a year that started more than two years after the Joplin Tornado.

And let's not forget, the travel documents that were provided to the Globe are not provided to the Board of Education (and therefore to the public) in the monthly bills.

Will the next Globe article explain how $8 million in "might-as-well" spending will actually help the district to improve its fund balance in the near future?

A million dollars in travel expenses in three years seem absurd to me. How does that compare to other districts?

I concur, 5:24 When I pay my taxes I want my dollars, of which I pay much, much more now, to support STUDENTS and TEACHERS. I don't care what they say they learn or accomplish on their trips. The scores indicate that the trips, for whatever reason, are a huge waste of financial resources and time. Just as all of the extra employees have been. I will not vote for ANY candidate promoted by the Huff administration: Good, Campbell, or Sharp. This must stop. In April.

VOTE FOR MARTUCCI, KOCH, AND ROBERTS IF YOU HOPE FOR A CHANGE.

I would rather have seen that million dollars go toward something for my kids. like algebra and chemistry books, or novels. Stop wasting my tax dollars! Time to go, Huff, time to go.

If you follow the claims of Huff and Besendorfer, they wasted nearly a million dollars saying thank you or some such. Rather ironic, isn't it, that people gave the district funds in its time of need, but the administration wasted all of it saying thanks? Ignorance, greed, duplicity? All of the above.

So JD had this to say about her travels. So she is saying, after 2 years on this job and 5 years as a principal, as well as 8 years of schooling, she does not know how to do her job. You heard it first in the Globe, she has been in the elementary system for 10 years and has no clue of what she is doing. Recently heard she is going in for more surgery, wonder how many weeks she will miss at her job this time? Guarantee there is not another district within a 75 mile radius that spends this much money on travel. Research it. Higher scores because:
1. Teachers are in the classrooms daily
2. Teachers are allowed to do their jobs
3. Happy teachers + happy students = higher test scores.
When she, later in the article is talking about teaching and showing she actually means, threatening and dictating to ensure that the Empire does not fall. They only work based on dictating, scare tactics, and threats. You have 2 great educators, Sachetta and Gilbreath who should be leading that district. The current people in those roles are "chump change".

"Doshier said she attended so many conferences partly because she was new to her position in 2014. She wanted to learn as much as possible about teaching and learning strategies at the elementary level so she could be an effective leader within the district, she said.

"That's the purpose of attending those conferences — it's for growth and development, personally and professionally, and if I don't have that knowledge myself, I can't disseminate(translation: I can't dictate) it out to our teachers," she said. "I take whatever I've learned (along with whatever food is left over on my shirt) and bring it back, and the first thing I do is work ( show them who is boss) with my instructional team (peons below me) to determine what we can do with this and how we can (force and put more stress) get this out to our teachers so that, in the end, it impacts our students."(so much that the scores continue to plummet, because we change what we are doing every time I go to a seminar because it sounds fun!)

Easy there Siege. There is one more trip this entire district would gladly foot the bill for you: a one way trip to the hell out of here!

I have been told that most or all of the Apple televisions at the new high school and possibly at some of the middle schools have been removed. are these televisions new and why are they being taken away? if this is indeed true, how much money has been wasted? This should be checked as my informant is a student and very reliable.