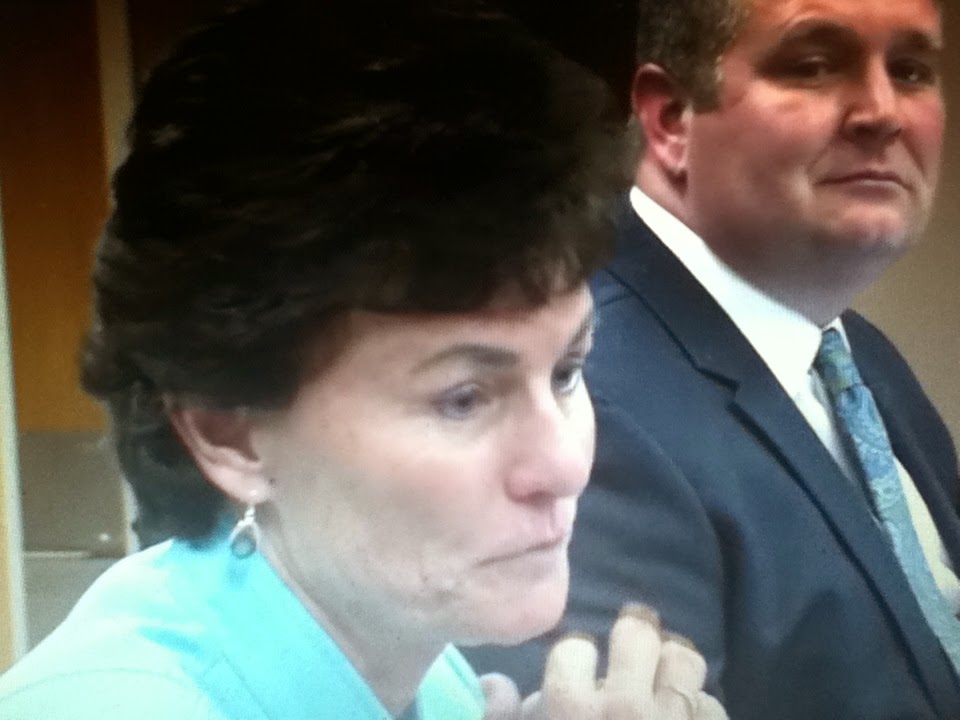 When C. J. Huff first learned that Gov. Jay Nixon had appointed former Joplin Police Chief Lane Roberts as head of the Missouri Department of Public Safety, he breathed a sigh of relief.

Roberts would not be able to serve on the board of education so Board President Anne Sharp would remain on the board and he would control at least four and possibly five seats on the board, depending on what happens in the three-way race between Melinda Campbell, Nancy Good, and Jennifer Martucci.

At that point, it never occurred to Huff that Lane Roberts could still win, though he has said he would not be able to serve. By the time, Nixon made the appointment, it was too late for Roberts to have his name removed from the ballot. The ballots had already been printed and were already at the Jasper County Clerk's office.

Then Huff begin hearing that more and more people were talking about voting for Roberts anyway and forcing the new board to have to appoint a replacement for Roberts.

At that point, sources in Huff's inner circle told the Turner Report, he began researching the possibility of  simply allowing Anne Sharp to continue on the board if Koch and Roberts are elected. The same plan, of course, would not be used if Sharp and Roberts were elected. Koch would have zero chance of being appointed.

At this point, the sources say, Huff believes he can keep Anne Sharp on the board no matter how the voting turns out.
Posted by Randy at 6:34 PM

I thought this was the way it would play out

Having her on the board again makes me sick. Go away old lady...

Check election laws she loses she loses and the new board decides who is on it not CJ.

So, let's go back a year. Dawn Sticklen resigns and those wishing for a spot on the board had to apply. Annd forced Shawn McGrew on the public, even though Jeff Koch was the public's choice. But, if Anne loses, then Steele, Landis, Banwart, and Sharp will vote Sharp back in.

Where and when was this decided? Is this a violation of the Sunshine Law, or is this just incrediibly poor ethics? It appears that they are very nervous and desperate. If things are this bad, then Sharp and Huff both just need to back away. Pathetic.

Can you find that law and post it, please?

These are the most corrupt, greedy, unethical, disgusting people I have ever heard of in our area. They absolutely must go. Only incredibly worried and guilty people would sink to this level of lowliness.

We know she has no shame and would cheerfully accept (let's all do the wave) but it would be rather pathetic for her to be appointed to the Board after losing the election.

If Martucci, Roberts, and Koch are elected someone would have to be appointed to fill Roberts seat. Assuming Debbie Fort voted with Martucci and Koch, there would be a tie. I'm guessing King Huff would cast the tie-breaking vote.

Wouldn't that be just another vote of no confidence for CJ. Losing "his" hand picked BoE President two years in a row, getting probed by the state audit and driving the teachers to be unionized. Get out while you still can. Wait, maybe he has been trying and nobody will take him.

If the board appoints a replacement for Roberts, would that be for one year or for the entire term of the elected person? (Hoping it's only a year, less time for Sharp to aggravate everyone with her annoying antics.)

If Roberts wins, then the Board willl vote to fill the position - Huff has no vote. Most likely would end in a 3-3 tie and the position would remain vacant until next April election. That is - assuming the 3-3 deadlock stayed fast and none of the Board changed sides to appoint a person. The board would have to allow CJ permission to vote...I'm guessing it would again be a 3-3 tie and he would not get the chance to add his vote.

It makes no sense that Huff would have the legal authority to cast the deciding vote on the seventh board member. The reason is that Huff is not a school board member and in fact serves as a subordinate (he works per their direction) of the school board.

>>>At that point, it never occurred to Huff<<

Need to trademark that slogan!

Huff continues to show that he is unethical and morally corrupt. He will do anything to keep Anne on the Board. He controls Anne and uses her to control Steele and Banwart because they won't go against Anne.

Joplin patrons join a class action lawsuit against Dr. CJ Huff and the Board President for Negligent Misrepresentation. There is plenty of evidence to support the claim.

Randy… I hope you will research the amount of money that is spent by sharp, good, etc and post it here. I know sharp will spend $10K or more to get elected for a volunteer job. You've got to ask what the motive could possibly be.

President Sharp has abdicated all authority to Huff. Why else would Huff be able to flagrantly violate Board Policies; speak to Dr. Fort, one of his "bosses", with disrespect and rudeness; and make construction and financial decisions without Board approval?

Remember when President Reagan was shot and Secretary of State Alexander Haig jumped in front of the cameras proclaiming he was in charge? Fortunately, he was surrounded by people who knew that he was fourth, rather than first, in the line if succession.

We will not allow CJ and HIS BOE lawyer to fashion whatever rules suit them.

By the way: as soon as the BOE wrests control away from Huff, they should hire a lawyer that represents the district...not the Superintendent and his handpicked followers. To wit: John Michael (Mike) Johnson.

I seem to recall a time when a dead man was elected to the United States Senate from Missouri. That worked out very well for the State.

Why would anyone waste that much money. Aren't there charities or children with needs? This should show the lack of focus these people have. Vote for anyone but these two!

If Annie loses and but wins anyway, I sh!t you not...my house is going up for sale and my family and I are giving up on my home town.

Even if Anne Sharp buys her way back for another three years, she must know that no one will ever see her the same again. She will have to always understand that where ever she goes, people will know that she abused the public trust in order to support a charlatan, and all that talk about supporting and appreciating staff is just a lie. The proof is in the pudding. It's time to do the honorable thing and step down. Once the trust is broken, it can't be restored.

The district just cannot continue this way. It just cannot. The lying and manipulation have taken their toll. It will be up to the voters to insist that the right thing be done, and if necessary, use the court system to stop this nonsense. If a superintendent is reduced to these strategies, his effectiveness is finished. The public should get to have its say, and if the public is finished with this person, then so be it.

Huff and his Board and his administrative team make such a mockery of the discipline/character building initiative they started a few years ago. Honesty, truth, and trust? Not in R8. Lying, cheating, and manipulating are the norm.

It was uncovered that a Board Policy was secretly rewritten apparently legitimizing Huff's actions related to Sharp's Campaign video. This egregious act has since been reversed and the original true Board Policy posted on the district website. Makes you question if other policies and documents have been tampered with.

Ignoring and changing Board policy is hardly new to the Huff administration. I remember when Huff and Besendorfer altered Board policy so that staff could no longer have representatives with them if called into the office for a reprimand, and most of those they mysteriously created so they, along with their cohort Tina Smith, could fire someone who dared to question their actions or ask about their donations. They have no scruples. None.

If there is a vacacany and the BOE follows their own rules, they can't just automatically appoint someone on the spot.