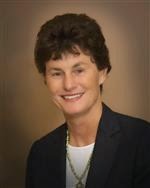 "It has no substance whatsoever,"Elliot said.

The advertisement, the two hosts noted, consists of loud music, followed by scenes of Sharp jumping around "at some kind of an event."

"Did those people even know" they were being filmed for a political advertisement?" Wright asked.

The answer for nearly all of them is no. Most of the video was filmed at a professional development that teachers were forced to attend. It was also played up by Superintendent C. J. Huff as featuring an important announcement about the future and the unveiling of the results of a teacher survey.

The survey had actually been taken more than nine months earlier and less than half of the teachers had filled it out. Of those teachers, less than half said they had confidence in the Huff Administration, a result that was glossed over in Huff's presentation.

While the "professional development" was continuing, Sharp had a local public relations firm videoing her in action, as she helped lead teachers in the wave and smiled, surrounded by teachers.

The ad also showed Sharp in a school setting with a child, indicating that taxpayer-financed educational facilities were deliberately commandeered by an elected official for campaign purposes during the shooting of both segments of the commercial.

Eliot said Sharp's ad told him nothing, noting that he wanted to know what Sharp planned to do about the district's financial situation and how she planned to retain teachers.

Both hosts questioned the theme of the ad, which stressed being positive and said that the loudest voices were always negative.

Elliot said it was not being negative to want to know what the district was going to do about its spending problems or how it was going to retain teachers.

AnneSharp 2015 from Storm Stanley on Vimeo.
Posted by Randy at 5:11 AM

Shut up and toe the line bitches.

Suzanne should have listened to her family. The community is tired of CJ and his constant projects and those who blindly back him. It's time for a change.

They are correct. The ad is a reflection of Anne. No substance at all.

But she can buy all the signs she wants. Time for her to take pictures someplace else!

Vote for Rbertson any way and cut Sharp out. Make the new board appoint a new member to replace him. Not Good or Campbell. Remember Landis election do not matter on appointees .

CJ Huff doesn't want his candidates to have any substance. Read the Forbes article "How Dictators Come to Power in a Democracy" at www.forbes.com/sites/jimpowell/2013/02/05/how-dictators-come-to-power-in-a-democracy/ and notice a parallelism to his rise to power in Joplin. The only way that CJ Huff can maintain control is to control the board.