Springfield man holed up with toddlers in day-long police standoff 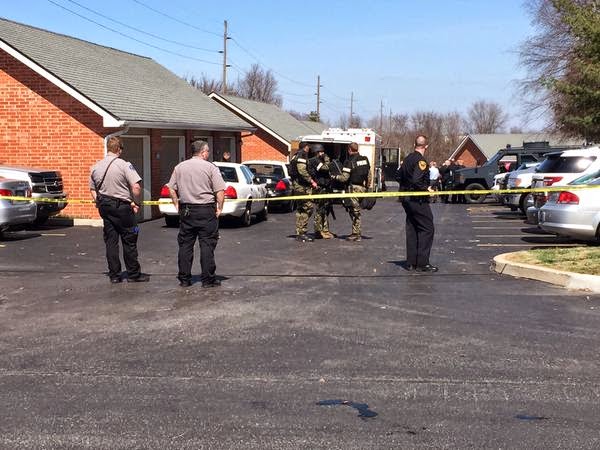 Springfield Police Department has been negotiating with a former Missouri Highway Patrol officer who has been holed up for nearly 24 hours, with a one-year-old and a four-year-old. The man may be armed, reports have indicated.

A family member tells KOLR 10 that a man who has been holed up inside his apartment since 9 p.m. Sunday night has two children, a 1-year-old and a 4-year-old, with him in the unit.

A relative, who did not want to speak on camera, said a divorce and recent health trouble may have led to the ongoing incident.

The man, identified by Patrol as William R. Williams, has ignored Springfield Police Department commands to vacate his unit at the Lake Shore apartment complex. Officials say he worked for the Missouri Highway Patrol from 1988 until 1991 as a probationary communications operator, handling radio traffic.

Photo from KOLR
Posted by Randy at 5:50 PM