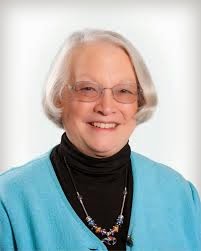 It's not as if anyone expected Joplin R-8 Board of Education candidate Nancy Good to separate herself from Superintendent C. J. Huff and the current board during her interview with KZRG's Morning News Watch and she certainly did not.

Good did not seem to be particularly concerned about the highly critical audit issued earlier this month by the state auditor's office. The primary focus of the audit was the district's rapidly dwindling fund balance, which has shrunk from more than $16 million to an estimated $4.5 million later this year.

"That was the plan,' Good said. "They knew fund balances would be low." Good did not mention anything about the administration's decision, backed by the board, to use eight million dollars in what CFO Paul Barr referred to as "might-as-well" spending to pay for extra tennis courts, artificial turf, lighting, press boxes, and a track at the new high school,, the recent borrowing of $74 million, or even spending nearly $100,000 to place seats with the right colors in the high school gymnasium.

Good placed the blame for the low fund balances squarely on the tornado. "With what we have had to do in the last four years since the tornado- we've had to build buildings, replace supplies, buy computers. Now we have to work on rebuilding that fund balance, but there was emergency money there and we had to use it."

Good spoke proudly of being in on the ground floor when C. J. Huff created the Bright Futures initiative. She currently serves as chairman of Bright Futures USA and was that organization's original treasurer.

"I have continued to do both of them the whole time," she said.

Good is one of three candidates for a one-year term, along with Melinda Campbell and Jennifer Martucci.
Posted by Randy at 6:17 AM

Yes! Let's elect this woman and erase any notion of a separation between BFA and R8.

Bright Futures started out as a great thing. We usually had trouble getting things other than school supplies and basic clothing before, but after Bright Futures it was easy.
The problem started when it became a political piece. Soon, the only way you were allowed to get things for kids and their families was through Bright Futures. You also have to go through your principal and he/she has to go through channels. Before the political piece, we were able to get and locate things very quickly.
This is a part of Huff's "only my ideas and plans" mentality. If HE didn't think of it (or think he did) then you can't have anything to do with it. If you do, you're done.
A great example of something that could truly be good but has turned into something extremely ugly.

A vote for Good is a vote for Huff. She doesn't even pretend to have a platform. No changes, no worries, just give her accomplice in crime whatever he wants.

Say no, people, no good at all.

"I was in on Bright Futures from the beginning" sounds like a confession to me. I wouldn't admit it, myself, but hey, give her points for having the courage to own it. What sounded like an altruistic endeavor for the community has turned into an opportunity to exploit the community. BF funds a lot more that children from struggling families. It supports Huff's agenda quite lavishly, and doesn't have to be reported like school board business. I won't give them another dime. I wanted to feed poor children, not fund Huff's pet media mongering projects.

The mission of BF was to enhance learning, but the ACT scores and test scores have gone down every year since the creation of BF. Apparently, whatever was being done before was more effective.

Why would anyone vote for more of the same? Huff plays the odds recruiting people he can manipulate, control and tell what to do. Patrons don't fall for any of the hHuff cronies.

Everyone should vote for Robertson any way and keep Sharp out. Make the new board appoint a new member in his place. Not Good or Campbell. Remember Landis elections do not matter.

I believe Nancy has an accounting degree so she is no dummy when it comes to numbers.

Not all accountants are good accountants, or honest. That she thinks Cj has done an excellent job handling district funds speaks volumes. The bond money? Gone. Insurance? Gone. Most of the reserves and the general fund depleted. Add $74 million dollars in borrowed funds, and it's difficult to comprehend where excellency in managment is to be found.

Enron had lots of accountants. With accounting degrees from the finest schools.

Good be like - "MISERY IS ALIVE, MISERY IS ALIVE! OH, This whole house is going to be full of romance, OOOH, I AM GOING TO PUT ON MY LIBERACE RECORDS! CJ...I'm your #1 fan!"

Did she really say that anyone can be a teacher? That's the buzz on Facebook. I missed the interview and don't have the time, or the stomach, to go find it and listen to that endless prattle about BF and CJ.

People who will only write "anonymously" really have no credibility. If you believe what you're saying, why not post comments using your real name/names?

Because people who speak up and stand up to the Huff machine often find themselves looking for a job. Do a little research on how this blog came to exist.

You are so right

Anyone that is involved with Bright Futures should not run for School board. This is a direct conflict of interest. So your boss at Bright Futures is CJ Huff and now you are going to be his volunteer boss for the R8?

Huff’s candidates may parrot his talking points and never question his actions or accomplishments. Their loyalty must be with him rather than the patrons of the Joplin School District. Read the Forbes article "How Dictators Come to Power in a Democracy" at http//www.forbes.com/sites/jimpowell/2013/02/05/how-dictators-come-to-power-in-a-democracy/ and notice a parallelism to his rise to power in Joplin. The only way that CJ Huff can maintain control is to control the board.

I'ld like all of the candidates to respond, in their own words, to the following: Explain the role of the Board of Education? What would your top three priorities/goals be for the BOE and District? Present an action plan and time line to accomplish each goal. And last, what is your personal philosophy of education?

We already know the answer from five sitting members and two of the would be replacements:

Dusty, Huff has an Education Degree.

Worse mistake ever ���� she will say anything just to get elected. No Good!

Depends on what you want to do with the numbers. It can work both ways..